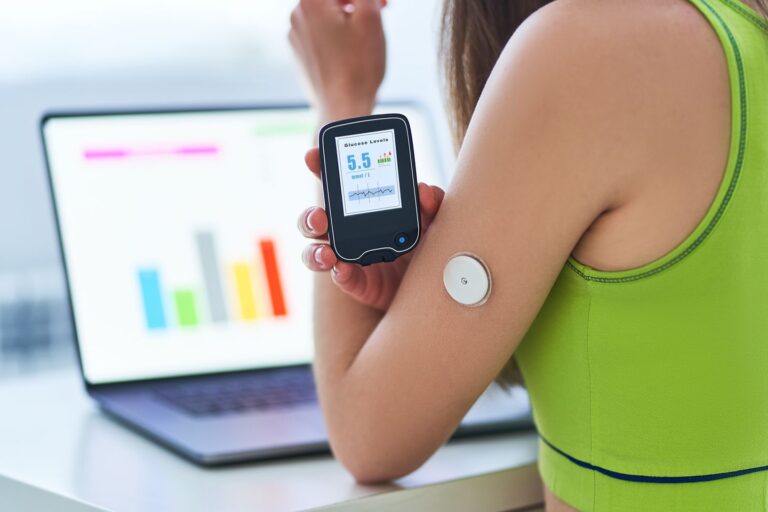 Chronic conditions are conditions which, all else being equal, will persist over time. Asthma, heart disease, fibromyalgia, and many others qualify as chronic conditions. Diabetes is one of the most prevalent chronic conditions in the world, with 422 million people suffering from one of its two types. But it’s also a condition that’s on the forefront of post-pandemic medtech development. DiabeTech, if you like.

Within the last 30 years, countries of all income-levels have seen a rise in the number of cases of diabetes, with China currently the world’s largest sufferer – roughly 110 million people in China have the condition, which amounts to about 10% of the population.

1.5 million deaths worldwide are directly attributable to diabetes every year. That – to put it cynically – means there’s a big market for advanced medtech to help diabetics live a longer, more normal life.

One of the key features of diabetes is that it used to be significantly complicated to self-manage. Type 1 diabetics (whose pancreases produce little to no insulin of their own) would inject themselves with insulin, as well as using a complex finger-pricking mechanism to test their blood sugar. Type 2 diabetics (whose pancreases do not produce enough insulin to maintain their lifestyle) would also prick their fingers daily, bleed onto a fiddly testing strip, insert it into a reader, and record the result, while monitoring either their diet and exercise, their medication, or their own injections of insulin.

There is no way in which a case can be made that the Covid-19 pandemic, which killed almost 6.5 million people was “a good thing,” but horrible events often have beneficial side-effects. The First World War proved the case for powered flight. The Second World War gave us radar. If the Covid pandemic gave us anything beneficial, it was the remote work culture, and advances in medtech that will go on to revolutionize the world for decades to dome.

Remote diabetes management is one of those spectacular advances.

In the time since the Covid lockdowns lifted, diabetic medtech has come on in huge leaps, powered by the need, during the pandemic, for diabetics to be able to self-monitor, self-medicate, and interact with healthcare services remotely. The result of all those conditions has been a major new thrust in developing technology to make living with diabetes easier, more convenient, and certainly to reduce the number of pricks diabetic have to deal with in any given day.

There are three broad categories of medtech helping diabetics in the post-pandemic era.

Recent advances have made all three processes significantly less stressful than they used to be, so it’s worth taking a look at them in detail.

Traditionally, the way that both Type 1 and Type 2 diabetics would get insulin into their system was with an insulin pen. And the medical community can call it a pen till the cows come home, but what you’re dealing with there is a needle. Yes, it’s a needle that had already been technologically augmented as much as possible, with a clickable dial to determine precise dosages – a move that in itself may well have saved some lives – but it’s still a needle, and it was still making perfectly grown-up diabetics to cringe, because needles are inherently either scary, painful, or just a massive inconvenience, especially to people who have to bleed on a daily basis just to find out how badly they need to use the needle.

Now, there are three different and frankly better ways to get insulin into your system.

These come in two kinds, the tethered insulin pump and the patch insulin pump. And they do pretty much exactly what you imagine they do – they pump insulin into your body in regular micro-doses throughout the day. In addition to another piece of technology, a Constant Glucose Monitor, this technology has revolutionized what it means to be a diabetic, because the big, immediately noticeable symptoms of diabetes are hypoglycemia and hyperglycemia – having too little, or too much, sugar in your blood at any one time. So constant monitoring and periodic adjustment are a revolutionary advance for people whose previous alternatives were “drinking something sweet” and “don’t eat the doughnut” respectively. In fact, there has been significant clamor from the diabetic community for a join-up of the two systems.

Tethered insulin pumps, as you’d expect, are tethered to your body by a small cannula (which you learn to use and change pretty fast), and look almost like a mini iPod. They can be hooked to belts, shoved into pockets, or even worn under clothes, and they release measured doses of insulin into the body for about two or three days, depending on your need.

Patch pumps are equally well named. Rather then a nicotine patch, an insulin patch releases its insulin through a cannula like the tethered pump, but instead of being tethered, it’s simply stuck on. They’re also entirely disposable, unlike tethered pumps, so they’re a lot more convenient than any other alternative.

Previously, this was the part of the condition that involved people pricking themselves, bleeding onto test strips, and using a reader to get results that would change your future behavior.

Now there are Flash and Constant Glucose Monitor (CGM) readers that don’t involve pricking anything. Similarly to the patch pump, you wear a small sensor, and that reads your glucose level without any of the pain of pricking. Its data can be linked to an app on your phone, so you have a constant read on your glucose levels, and it can also activate an alarm if your levels go too high or too low, as an early warning system that lets you head off the worst of the debilitating symptoms. With a CGM, you get a continuous data feed sent to your app by Bluetooth, whereas a Flash reader will only send data at the point where you activate it, so if you feel a little off, you can test your glucose levels and get a heads-up, either that you’re diabetically fine, or that you need to do something.

What’s at least as much use is that as the data is recorded on an app, you can instantly share it remotely with your medical team, to adjust medication, diet/activity plans, or other treatments – without the necessity of you taking time out of your day to visit the team.

Diabetes management technology ranges from simple ketone sensors (which tell you if you’re particularly low on insulin) to a closed loop artificial pancreas system. The artificial pancreas is exactly the kind of connected combination of a CGM and a patch insulin pump that diabetics have been calling for, where the pump delivers insulin in the amounts dictated by the CGM’s readings.

So far, these have not had legal approval, but it looks as though that might change later in 2022. In particular, it’s worth looking out for news of the Omnipod 5 system, which has been in development for a while, but is expected to hit the market this year.

Similarly, Tandem Diabetes Care is looking to bring a product to market this year that will allow you to precisely dictate your patch pump dosage via a smartphone app – bringing smart tech to diabetes care and helping diabetics live a much more stress-free, mess-free, prick-free life.

All these medtech developments would not be possible without technology companies trying to solve fundamental problems inherent in the previous generation’s methodologies of care. The pandemic was terrible, but the sudden need to innovate in medtech to overcome existing problems has resulted in a treatment future for diabetics that is less intrusive, while freeing up medical professionals to use their time more productively.