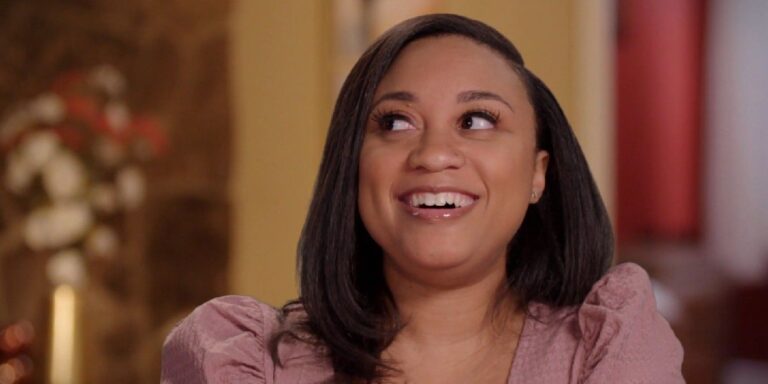 Memphis Smith lost 47 pounds since she became pregnant with her third baby with Tunisian husband Hamza Moknii on 90 Day Fiancé: Before the 90 Days.

Memphis Smith from 90 Day Fiancé is glowing in her swimwear photos as she shows her weight loss progress after having her third baby. Memphis, 34, from Michigan, found love thousands of miles away in Tunisia after chatting with Hamza Moknii online. Seven months later, Memphis was in Kairouan to get married to Hamza without having met him before. What Hamza and Memphis overlooked was their huge communication gap apart from their age and cultural differences. Memphis didn’t tell Hamza about her close friendship with her ex-husband and Hamza was lying to Memphis about his real age. Despite everything Hamza and Memphis got married on 90 Day Fiancé: Before the 90 Days and quickly became pregnant.

Memphis gave birth to a baby girl after she came back to America from her short Tunisia trip. Hamza joined Memphis five weeks after they welcomed their child, as per what little information he gave during the Tell-All episode. Fans were surprised to see Hamza in the U.S. so soon, and they were shocked by how different Memphis looked after getting a glam makeover. It was obvious that Memphis was following a fitness journey and had lost all of her baby weight. Memphis looked confident with her short bob and bodycon dress with a plunging neckline. It helped the 90 Day Fiancé star show off her curves after having dropped her weight surprisingly quickly.

Memphis hasn’t revealed the reason behind her impressive weight loss. In fact, Memphis started to avoid using Instagram entirely after she hinted at her split with Hamza and called herself a single mom. But lately, fans have been cheering Memphis for her happy Instagram updates such as one she posted on Sunday about her sister and a makeup artist friend she went on a beach trip with. “God has a way of bringing people into your life as well as out,” Memphis wrote in her caption, seemingly throwing shade at Hamza who appears to have gone out of her life. 90 Day Fiancé star Memphis shared how “blessed” she is to have some special people in her corner.

Memphis made a photo collage using pictures from her Beautiful Lake Michigan outing and wore her hair in her new dreadlocks. The mom of three chose a fun bikini as her outfit for the day. Memphis’ monochrome swimsuit with polka dots and horizontal stripes accentuated her petite frame. She was all smiles as she posed for the camera standing in the sand with her friends. “This weekend was beyond a blessing and just the therapy I needed to push me on this great fight and journey,” Memphis added to her caption and mentioned that she’s living life to the fullest via her hashtags. Memphis received love from fellow 90 Day Fiancé alum such as David Toborowsky, Kim Menzies, and Aryanna Sierra on her cheerful pics.

Memphis used to weigh 160 pounds when she delivered her daughter. When Memphis started to focus on losing weight, she was 120 pounds. And her current weight appears to be 113 pounds. Memphis thinks a weight loss journey is unique to each person and that it isn’t a race, but rather a commitment to get healthier. Her 90 Day Fiancé fans surely are glad to see Memphis happy, healthy, and thriving after whatever it is that she’s been going through while dealing with her and Hamza’s breakup.

Next: Why 90 Day Fiancé Fans Suspect Memphis & Hamza Were Fired By TLC