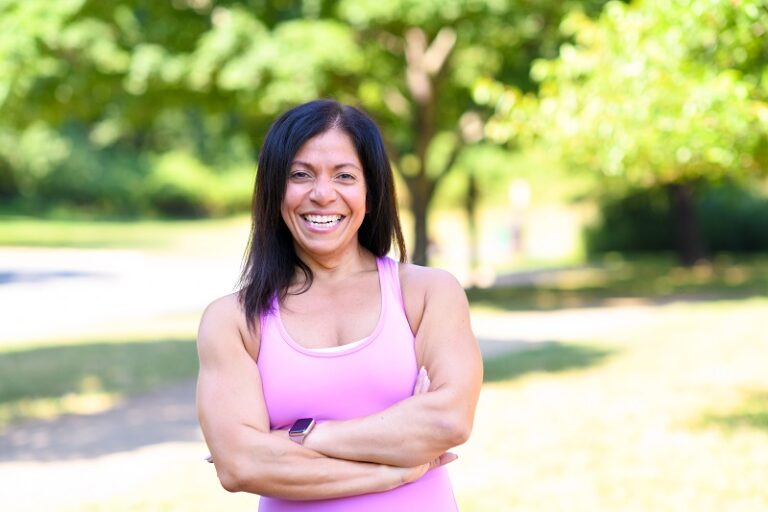 “You get this shocking phone call, and it puts life in perspective,” recalls Julie, now 44. “It made me take a good hard look in the mirror, which I’d avoided over the prior few years. I knew I had to do something.”

The realization led Julie to Jersey Shore University Medical Center, where she turned her life around by combining weight-loss surgery with an unwavering commitment to healthier habits. The accounting manager has since dropped more than 100 pounds from her 5-foot-1-inch frame.

“It wasn’t the quick fix that a lot of people think it is,” Julie says. “It meant admitting I needed help because I’d failed so many times before to lose the weight. But I decided to make a complete lifestyle change.”

Bariatric surgery is considered a treatment option for people with obesity whose body mass index (BMI) is 40 or higher. This BMI requirement drops to 35 or higher when patients also have at least one medical condition associated with obesity, such as high blood pressure or diabetes.

“Bariatric surgery can be used as a tool for weight loss for people for whom other attempts—whether diets, exercise plans or medications—didn’t work,” says bariatric surgeon Dena Arumugam, M.D. “It’s helpful if someone has the right mindset and understands surgery is most successful when used hand-in-hand with healthy eating, exercise and activity.”

After undergoing preoperative testing and consultations with dietitians and psychologists, Julie’s surgery was performed by Dr. Arumugam in October 2019. The gastric sleeve procedure (which removes the outer section of the stomach) was done using a minimally invasive laparoscopic technique, which inserts small surgical tools into the belly through several dime-size incisions. Jersey Shore also performs bariatric procedures robotically, modifying the laparoscopic technique with surgeon-guided robotic arms that manipulate surgical tools.

For several weeks after surgery, Julie’s diet consisted of protein shakes and thick liquids, with soft foods added as her stomach healed. “It’s almost like I had to learn how to eat all over again,” she says. “I began for the first time to listen to my body in a way I really hadn’t before.”

On top of her stunning weight loss, Julie’s blood pressure, blood sugar and cholesterol levels are now in the normal range, meaning she no longer needs medications.

“Julie has been a complete success after her surgery,” Dr. Arumugam says. “She really used it as a tool and changed her lifestyle and thoughts around food and exercise.”

On Memorial Day 2022, Julie fulfilled another major goal by participating in the Spring Lake 5 Mile Run after a seven-year hiatus. She completed the race in 50 minutes—10 minutes faster than targeted. “I try to always give myself another little goal to reach,” Julie says. “I have more energy now than I probably did in my 20s.”

The material provided through HealthU is intended to be used as general information only and should not replace the advice of your physician. Always consult your physician for individual care.