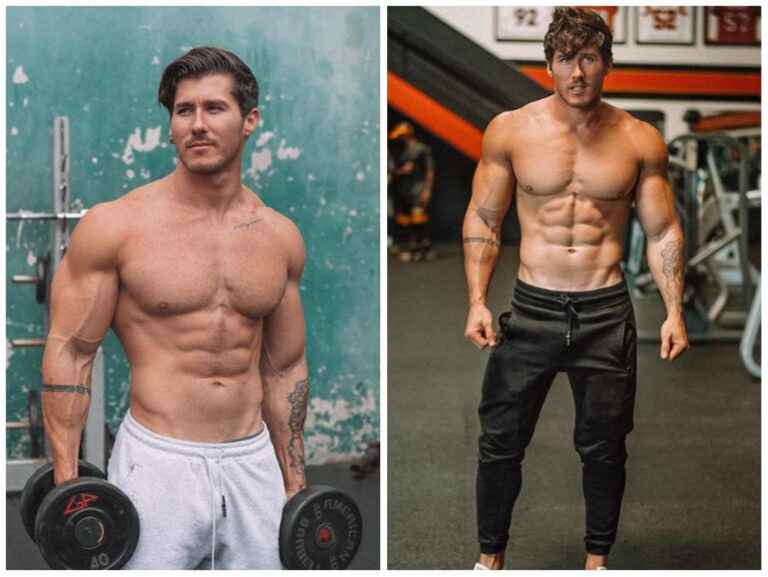 Nimai Delgado, aka ‘The Fruitarian Warrior’ is not your typical bodybuilder. He is an advocate of the vegan lifestyle and wants to inspire others to follow it, too. Delgado’s formula for success in the vegan bodybuilding world includes an emphasis on healthy, clean eating combined with regular exercise.

As a vegan bodybuilder, Nimai Delgado knows what it takes to achieve peak physical performance. Whether he’s bent over in the gym doing heavy squats or on stage performing for thousands at the Mr. Olympia—he follows these six simple tips to keep his health in peak condition and achieve outstanding athletic performance.

The bodybuilding community is often dismissive of veganism, which they consider to be ‘feminine’. They believe that in order to sculpt a ‘desirable’ physique, one must eat meat.

Nimai believes that a compassionate diet doesn’t take away from his masculinity, but rather defines it: nothing is more important for his holistic and sustainable well-being than the conviction he has in his beliefs and the compassion he feels for all living beings.

Delgado also makes a point by emphasizing the importance of micronutrients, which he says are often overlooked by bodybuilders. Common foods he consumes are oatmeal, fruit, avocado toast, broccoli, asparagus, Brussels sprouts, spinach, kale, and lentils. The commitment to his training and to veganism is apparent in his attitude to life.

Sleep is important not only for rest but also for good athletic performance. It also improves cognitive ability. We need 7-9 hours of sleep every night, but young athletes may need up to 10 hours a day.

Nimai Delgado bats for sleep as important for his well-being. Thus, if you wish to draw the benefits from exercising or following a careful diet, don’t forget to sleep well.

Nimai Delgado demonstrates in most of his workout videos that stretching is an essential part of warming up for exercise, or for reducing stress. Stretching improves our posture, reduces our risk of injury, and makes hard exercises fun. Combine active stretches (movements that help prepare our muscles for exercise) with static stretches (holds for 10 to 30 seconds), and you’ll get much better general mobility.

Beyond gaining more flexibility and range of motion, there’s a number of other benefits. It improves turning, bending, and reaching. There are also less aches and pains, better posture, and better blood circulation.

Nimai says the transition wasn’t difficult for him: the only slight problem he had was eating pizza without cheese. However, as there are vegan alternatives to cheese, Nimai quickly adapted to his new lifestyle and continued training without any hassle.

Preparing for an exercise outing is quite important. Incorrect prepping can lead to discomfort, such as bloating, acid reflux, etc., or pain due to a poor supply of energy. Drinking sugary beverages or eating fried foods before you exercise can leave you sluggish and fatigued. Nimai recommends to avoid sugary or fried food and instead suggests eating light carbs like rice cakes, fats like peanut butter, or just bananas that give enough energy to see you through the workout session.

Eating small and easily digestible snacks and taking sips of water during the workout can let you exercise longer.

Nimai Delgado is a firm believer in the saying ‘you are what you eat’. In his opinion, there is a big correlation between the foods he eats and the way he looks and feels. For this reason, he chooses to eat only the healthiest of foods – including dark leafy green vegetables, whole grains, beans, etc.

In the end, there’s no one way to getting in shape. Nimai Delgado is certainly a role model to look up to. He has shown that even if you are vegan and you want to build a great physique, it is not impossible at all. In addition, the things he said in the interview inspire us that we must persist with moving forward toward our goals and consistency brings the best results!

Q. Do you believe vegan lifestyle is easy for everyone?