Obesity Is A Chronic Disease: Instead Of Punishing Patients, Provide Access To Treatment 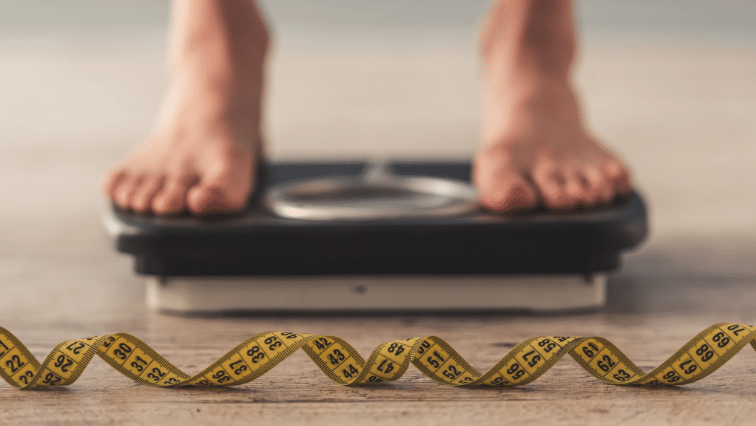 Weight shame entertainment first captured American audiences through reality television shows that subjected people with obesity to extreme diets and often dangerous exercise regimes. Viewership for those programs has declined, but the weight shame entertainment has persisted on television by moving out of the gym to find a new setting for its drama: the doctor’s office.

Recent shows have replaced personal trainers with professional-seeming medical providers, but their tactics are much the same: publicly admonishing and demeaning patients facing life threatening medical complications. Worse still, many of these patients are also experiencing abject poverty and participate in these television shows in exchange for access to free treatment.

This form of television entertainment would never be considered acceptable if it were depicting the treatment of any other chronic disease, but society is so determined to punish those with obesity that it has become hit entertainment.

Some may argue that these are extreme cases driven by television’s perpetual need to capitalize on humans’ basest impulses. Though that may be true, such poisonous entertainment simply would not resonate with viewers (and advertisers) if it weren’t rooted in a broad and harsh reality:  Weight bias permeates every level of the health care system. This fact has left potentially life-saving anti-obesity medications underutilized and inaccessible to most patients.

Obesity has been recognized as a disease by the American Medical Association for almost a decade. The National Institutes of Health, meanwhile, has recognized obesity as a disease since the late 90s. Yet health care coverage for obesity treatment lags behind nearly all other chronic diseases –with the use of anti-obesity medications among the most neglected areas in obesity care.

Estimates suggest that only 3% of people with obesity use anti-obesity drug therapy. The neglect of a viable treatment option is absurd when accounting for the fact that the newest generation of anti-obesity medications are beginning to approach the weight losses achieved by bariatric surgery. In fact, two recent randomized clinical trials of new anti-obesity medications have shown to be highly effective at inducing weight loss. In the first trial, the average weight loss was almost 15% of body weight, with 32% of participants having lost greater than 20% of their excess weight. In the second study, the average weight loss was 22% of body weight, and 55% of participants lost over 20% of their body weight.

The failure to embrace anti-obesity medications by providers and the insurance industry, which in some circumstances has even gone so far as to classify obesity medication as ‘vanity medication,’ is rooted in weight bias and the principle that people with obesity are solely responsible for reversing their condition –taking medication is “the easy way out.” Imagine, for any other chronic disease, foregoing medications that could spare a patient the risks and complications of major surgery, increase mobility, improve mental health, ease physical pain and financial burden, and begin to relieve the harms of that disease –all due to a bias that isn’t supported by the research or medical literature, but is held at every level of society.

In this unsavory aspect of health care, the Office of Personnel Management (OPM) is an outlier. OPM recently met with federal employee health insurance carriers to outline their plans to tackle health equity. In this package, the agency clearly spelled out its expectations for health benefits offerings in 2023: carriers are not allowed to exclude anti-obesity medications from coverage and their benefit proposals must address how obesity care is covered in children and adolescents.

The effects of this decision will be far reaching. OPM offers over 200 health plans across the U.S. and manages the health insurance benefits for more than eight million federal employees, retirees, and their families. Based on U.S. adult obesity rates, it is possible that over 3 million people with obesity will receive access to these federal health benefits.

We have never been closer to seeing such a large workforce gain access to this level of comprehensive care.

But we cannot stop there. Because nearly half of Americans receive health insurance benefits through their employer, we need other employers to follow OPM’s lead by including obesity treatment as a health benefit. With nearly 43 percent of Americans aged 60 or higher affected by obesity, millions of Medicare beneficiaries are also not able to access these medications. Considering the enhanced risk of more severe and deadly SARS-CoV-2 infections in this demographic, Medicare should also prioritize access to anti-obesity medications.

Of course, pharmaceuticals are just one of many tools in this effort, and the high prevalence of obesity and its complications reminds us that we will not treat our way out of the obesity pandemic –we must also prioritize access to complementary and equitable community-based programs that prevent weight gain and maintain weight loss. These programs, like those at WW (previously Weight Watchers) and the Y, are essential and should be prioritized as part of comprehensive obesity care plans.

Expanding access to obesity medications will not eliminate discrimination in health care and it would certainly make for pretty boring reality television, but it has the potential to save and improve lives. And that should matter more than our biases.