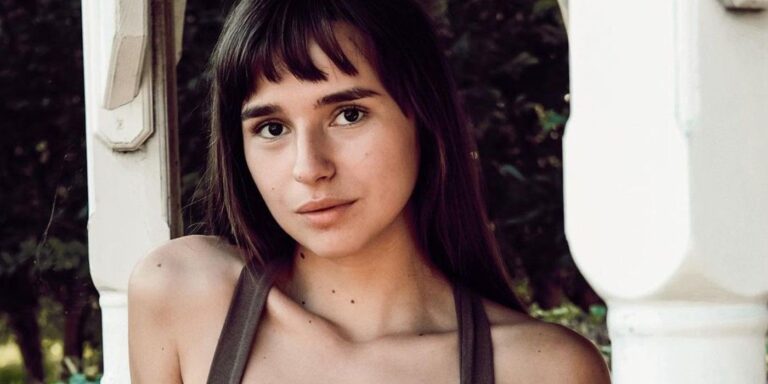 Olga Koshimbetova from 90 Day Fiancé, who recently gave birth to her second baby with Steven Frend, impressed fans with her post-baby weight loss progress. Fans know of Russian beauty Olga and Steven from Maryland because of their controversial 90 Day Fiancé season 6 storyline. Olga had met Steven when she was vacationing in the U.S., and the summer romance ended up with the 20-year-old getting pregnant. Olga returned to Russia where she had their first baby Alex in 2018, and in 2019, she moved to the U.S., where she married Steven ahead of their October 2020 split.

However, the breakup didn’t end Steven and Olga’s relationship, and they got back together a year later and moved to New York City. Olga, who’s now 25 years old, announced the birth of her new baby with Steven on September 23. Since giving birth via C-section to their little girl Leila, Olga has been treating her Instagram followers to regular parenting updates with fun Reels and photos. The mom influencer, who’s also a professional photographer, recently shared a carousel post captioned, “Getting vit D,” in which she posed with baby Leila’s stroller in sunny NYC. 90 Day Fiancé cast member Olga, who wore a plain white T-shirt with black cycling shorts and a baseball hat with sneakers as accessories, looked happy two weeks after becoming a new mother. “How’s your healing going?! You look incredible btw,” a fan asked Olga. She replied to them with, “Thank you. It has been good, slowly feeling better.” In her other Instagram comments, fans have complimented Olga over her post-baby weight loss and telling her, “You do not look like you just had a baby!!”

Not many 90 Day Fiancé fans expected that Steven and Olga would work out in the end. They found Steven’s behavior towards Olga to be mean on several occasions. To TLC viewers, 90 Day Fiancé star Steven came across as a brat who not only wasn’t ready to become a parent but also couldn’t stand Olga giving more attention to their baby than him. He was shown berating Olga while she tried to feed their baby or while she was recovering from surgery. To some, who admitted to skipping Steven’s segments, he reminded them of their abusive ex.

However, when Steven and Olga returned to a newer season of 90 Day Diaries in April, he came across as somewhat mature, while Olga confessed, “I would say that we were kind of toxic to each other.” It seems the break they took was something that they needed, but they decided to get back together because of Alex, now 3, when they started thinking of how different their lives would be without each other. Fans are happy about 90 Day Fiancé‘s Steven and Olga hitting the restart button on their relationship and finally creating a family that’s in a much better place, despite their past tragedies.

Fans are sympathetic towards Olga due to her heartbreaking past, which reportedly involves her parents murdering her sister in 2011. Olga was 13 when her 25-year-old sister was allegedly killed. Olga makes TLC viewers proud of how far she has come since then and have complimented her for her bravery and strength. But at the same time, Olga has faced criticism in the past for being vocally against vaccinations. Despite the mixed opinions about her, 90 Day Fiancé fans do agree it has not been an easy journey for reality TV star Olga, but she looks like she’s doing much better with her growing family by her side in 2022.

Next: 90 Day Fiancé Season 6: Which Couple Had the Saddest Ending?