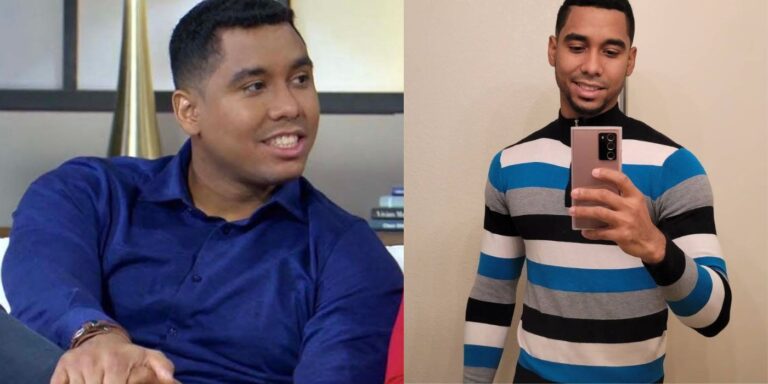 Pedro Jimeno from The Family Chantel is flaunting his transformation in before and after pictures, following a dramatic weight loss over the years.

Popular The Family Chantel cast member Pedro Jimeno had a dramatic weight-loss transformation over the years, and some of his pictures prove that. When the popular reality star first debuted on the show, he had a different persona and style. However, Pedro completely overhauled his physical appearance over time.

The 30-year-old handsome hunk belongs to the Dominican Republic and has built a successful career in the United States after his marriage to Chantel Everett. He has also put a lot of time at the gym to attain his new physique. Pedro’s amazing fitness transformation seems to be the result of his hardcore workout routine in addition to dietary changes. Besides, he is also into Muay Thai, which is also known as Thai boxing.

Thanks to Pedro’s sensational weight loss, he is now more confident than ever before. In the last few months, the 90 Day Fiancé alum has flaunted his ripped body several times on social media. Fans can now witness his weight-loss transformation by comparing his old pictures to the new ones.

Almost three years ago, Pedro shared praiseworthy before and after pictures on Instagram. In the post, he compared the results of his Thai boxing workout routine after a few months of dedicated training. He wrote, “After 2 months of muay thai there is a big difference, training with the legend,” while showing his lean new look next to the old one. The pictures show that Pedro got much slimmer within a few weeks of his fitness journey. His face and waist look extremely lean in the image on the right. It also looks like Pedro has lost some body fat around his chest.

90 Day Fiancé fans can see the most shocking weight-loss comparison between Pedro‘s Instagram selfie and an old screenshot of him shopping with Chantel. In the older photo, Pedro wore a casual pink T-shirt and looked slightly pudgy. But in his latest Instagram picture, he looks ripped and energetic. The gym photo proves that Pedro has come a long way since his debut and has made an inspiring transformation that fans adore.

Another great comparison is between Pedro‘s old picture and his post from last year. In the old photo, he is sporting a thicker beard and has fuller cheeks. However, Pedro is now flaunting his chiseled jawline with a goatee in the latest Instagram post. The 90 Day Fiancé alum’s face also looks lean in the newer picture, which is undoubtedly a result of his intense training and focused diet. The Family Chantel viewers are fascinated to see Pedro dramatically transform his body within a few years and wish him the best of luck for his next fitness milestone.

Next: Why The Family Chantel Fans Are Blasting Pedro Jimeno On His IG Page