Plant-based diets might fuel the future, but that doesn’t mean the end of ‘meat’ 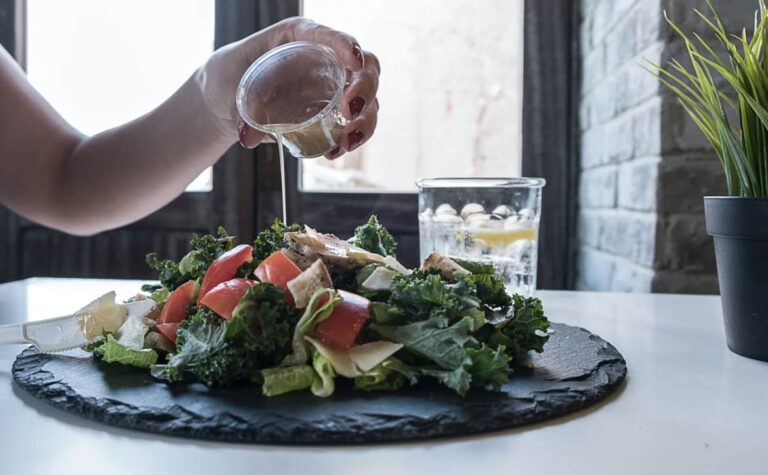 High-tech 3D printed alternative meat is making the switch to a vegan diet more effortless than ever. New technology is providing a new approach and image for the so-called vegan movement and leading some to reject the label of “vegan” in favor of identifying as eating a “plant-based” diet.

Part of the reason for this vegan makeover is the seemingly oxymoronic term ‘vegan meat.’ Once upon a time, meat substitutes were generally bean or pea-based concoctions or perhaps were made with some form of mushroom that vaguely resembled the texture and flavor of meat.

Today, however, ‘alternative’ meat is being made with 3D printers and complex AI algorithms. The 3D printer distributes an assortment of different ingredients into various layers as it prints. This means that the end product can be more tender in one area and fattier in another, which is precisely what animal meat is like.

And, of course, all of those ingredients – from ‘alt muscle’ to ‘alt fat’ – are plant-based.

Plant-based meat consumption in 2022 can be much more than a gimmick that provides a “sort of” meaty flavor. Instead, it’s now a viable option for nutrition. As far as taste goes – even well-known chefs call this ‘new meat’ the closest approximation to animal protein humankind has ever created.

But some still wonder if it’s genuinely healthy. In the early days of the meat substitute industry, some criticism about its nutritional value was warranted. But, unlike animal protein which has a structure that cannot be changed, plant-based meat formulas can be tweaked and fortified – and that’s exactly what the industry has been working on over recent years to be able to provide something delicious and nutritious.

A recent study from the University of Bath published in the journal Future Foods confirms what many dietitians and nutritionists have said, namely, that alternative plant-based meats are, in fact, healthier choices for human health.

Original meat alternatives go back to the 1960s and were mostly made from soy and later textured vegetable protein. But today, they include a wide variety of plants and plant oils in order to bring both the taste and texture of real meat to life – while also meeting and exceeding requirements for nutrition

The study at the University of Bath reviewed 43 studies that looked at the environmental and health factors surrounding dairy alternatives and plant-based meat. The study leader Dr. Chris Bryant told Medical News Today that “There seems to be a lot of misinformation on this topic, and misconceptions based on the idea that such products are ‘processed’ or ‘unnatural’ … the evidence suggests the opposite. In fact, plant-based animal product alternatives are healthier and more environmentally sustainable than the animal products they replace.”

Furthermore, Dr. Bryant and his research team concluded that not only were plant-based meat and dairy alternatives “valid options” for those looking to either build muscle or lose weight, but they also have the potential of offering additional health benefits as they can be fortified with everything from antioxidants to vitamins.

The 3D-printed meat of today is – to put it one way – a new ‘species.’ This is because the algorithms and technology used to make it, including 3D printers, can create substances that are so close to animal protein that some blind taste testers often can & tell the difference. Leaving aside the clear fact that less meat-eating would be beneficial to the environment, now that it’s possible to blend taste and texture with health and nutrition, we have entered a new era where the very definition of ‘meat’ may be changing.

And, for proof of how plant-based diets are more than sufficient for a balanced diet, look no further than this year’s Wimbledon men’s singles. The final tennis matches of 2022 saw Novak Djokovic win his seventh Wimbledon title (and 21st Grand Slam) after he came back from one set down to beat Nick Kyrgios in four sets.

That the Serbian tennis master Djokovic would win was hardly a surprise. He is one of the world’s best players and may end up being ranked among the best players of all time. Australian Nick Kyrgios is likewise an amazing player.

What may surprise some to learn, however, is that both of those finalists played their excellent finals matches fueled by plants, as both of them eat plant-based diets. Djokovic reportedly doesn’t call himself vegan as he’s wary of labels but does indeed eat a plant-based diet, which he’s more than once created as helping him recover from injury faster. And he’s not alone.

As Men’s Fitness UK magazine points out, “World-class competitors from a broad range of sports are also discovering that this dietary pattern can give them an edge. These include Tom Brady, Chris Paul, Lewis Hamilton, Alex Morgan, Leo Messi, and Virat Kohli – some of the greatest athletes of their generation. Even some of the largest and strongest athletes – including NFL linemen, rugby players, Olympic weightlifters, and heavyweight boxers – are making the shift, armed with the knowledge that plants contain all of the essential amino acids required for muscle growth and repair, but in a cleaner, less inflammatory, and more efficient package.”

Some people are happy to eat good old-fashioned plants. But for others who are fans of the taste and textures of meat, the good news is that you can still eat a plant-based diet and enjoy those flavors, as new meat alternatives get evermore high-tech…and tasty.

What do you think? Please share your thoughts on any of the social media pages listed below. You can also comment on our MeWe page by joining the MeWe social network.