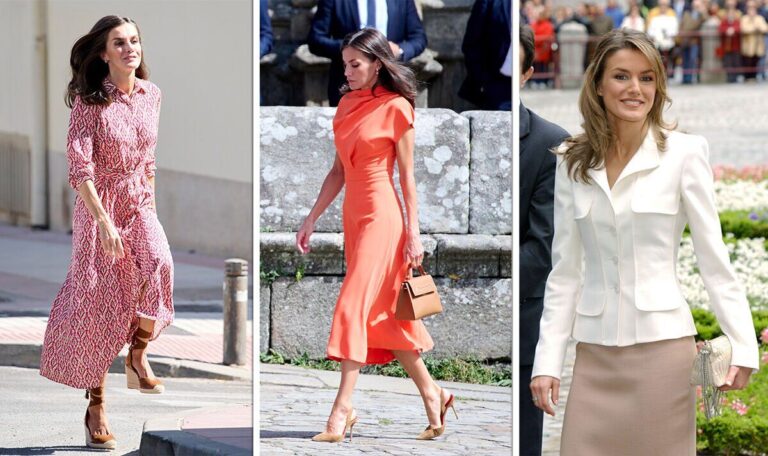 Queen Letizia became a member of the Spanish Royal Family in 2004, when she married Felipe VI of Spain. The royal was a journalist in her former life, often appearing on Spanish television. The 49-year-old doesn’t look much different to her days in the media – how does she stay in such good shape?

Thanks to a balanced diet and plenty of exercise, Letizia looks stunning at 49.

Although the Spanish Queen was criticised for her weight when she first joined the Spanish Royal Family in 2004 (for being too thin), Letizia has since revealed she eats a lot.

The mother-of-two said: “I don’t have any problem. I eat a lot.

Letizia makes sure to eat a mixture of healthy ingredients, including fish, eggs, kale, and spinach, accoridng to reports.

During a visit to Torrejoncillos school in Cáceres, Spain, the 49-year-old explained that her favourite foods include vegetables, fruit, salads, and purées.

These make up parts of the Perricone and Mediterranan diets, and Letizia reportedly follows both.

The Mediterranean diet consists of plenty of fruit and vegetables, as well as proteins and healthy fats.

This diet has been named “one of the healthiest diets on the planet” by many nutritionists, including Dr Michael Mosley.

Many celebrities, including Gwyneth Paltrow and Kate Moss, have reportedly followed the Perricone diet.

Exercise is just as important as diet for weight loss and staying in shape, and Letizia ensures she works out often.

“If she exercises, she does it 100 percent. If she practices yoga, she wouldn’t stop until she knows as much as her instructor. She is like that with everything, with her body too. She watches what she eats to the extreme.”

Another close friend shared the Queen’s fitness regime, explaining that the King also joins in when he is around.

They said: “The queen practices weight exercises every other day. She always recommends them when someone asks her. If the king is free, he would join her gym routine, too.”