Rebel Wilson denies using ‘Mayr Method’ to lose weight; everything to know about the diet plan 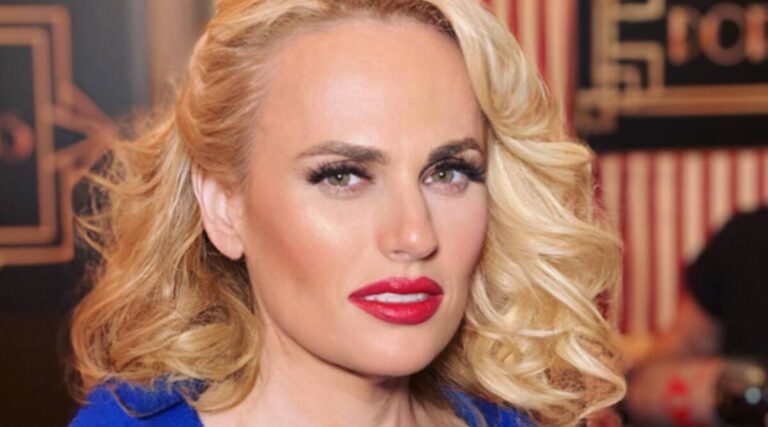 A lot has been written about Rebel Wilson and her recent weight loss. The Australian actor lost a considerable amount of weight and even opened up about it with news outlets.

She, however, recently called out a publication that claimed she used a diet plan called the ‘Mayr Method’ to lose weight. The 42-year-old took to Instagram stories and wrote: “This was NEVER my diet, please stop writing this stuff.”

The article purportedly claimed that Wilson lost 35 kg of weight over the past 18 months by following the Mayr Method diet plan. 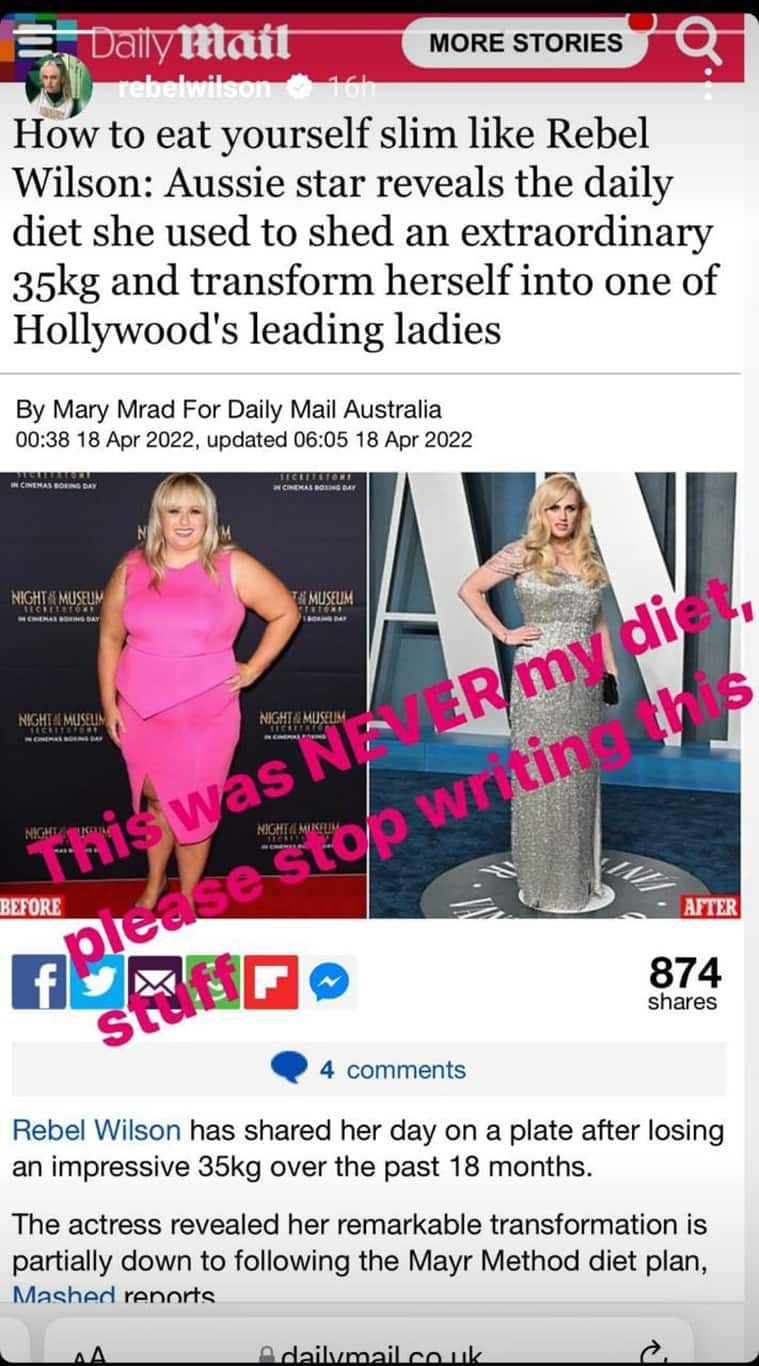 What is the Mayr Method diet?

According to Healthline, the Mayr Method plan was developed by Austrian physician Dr Franz Xaver Mayr. It is based on the idea that “improving gut health is key to promoting weight loss”.

“This diet plan is to be followed for 14 days. It instructs the elimination of foods like sugar, caffeine, gluten and dairy. It recommends alkaline foods, and the key is to chew the food 40-60 times. The heaviest meal is to be had as the first meal of the day, with dinner being lightest and eaten early, before 7 pm,” she said.

Khatuja added that water is to be consumed between meals, but never with meals. “It emphasises more on fibres, inclusion of nuts and seeds, healthy fats from extra virgin and cold-pressed oils.”

Nutritionist Ruchi Sharma, the founder of Eat Fit Repeat concurred and said that food groups that are allowed for individuals following this diet plan include fruits, vegetables, grains, proteins, nuts and seeds, healthy fats and healthy beverages. “However, it encourages people to limit the intake of caffeine, gluten, dairy products, processed foods and sugars and unhealthy beverages. All these principles work to help lose weight in a healthy manner.

“Major health benefits of the Mayr Method diet plan is that it promotes digestive health and mindful eating, aiding digestion, which in turn promotes weight loss,” she told this outlet.

Sharma added that some of the cons of the diet plan include its concept of not drinking water during meals, “as it claims to dilute the enzymes involved in the breakdown of food”. “Additionally, sometimes it feels unnecessarily restrictive, such as restricting the consumption of raw foods after 4 pm and complete restriction of food after 7 pm,” she remarked.

Khatuja said there has been no scientific research that gives weight to the efficacy of this diet plan. “Once you stop this kind of diet plan, you tend to regain weight. It can also be expensive for some people. It is important to have a healthy balanced diet along with physical activity of 45 minutes to 1 hours, so as to burn calories,” she suggested.

The actor said her aim was to achieve an “overall healthy balance”. “I have this state of being, which is not my quote, but I go ‘Nothing is forbidden.’ We’ll be like, ‘Should we get an In-N-Out burger?’ And I’m like, ‘Nothing is forbidden.’ I can go there, I just might eat half of what I used to eat before. You know? And I’ll have a burger, and a few fries, and then you feel fine,” she had said.