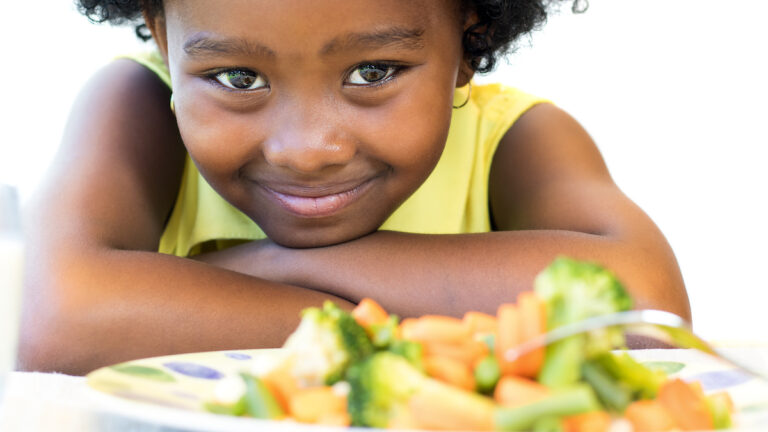 Researchers who tracked 9,000 children to compare the effects vegetarian and non-vegetarian diets were surprised by the results.

I was a teenage vegan, and as unbearable as you might imagine. There were household bans on meat, impassioned arguments with childhood friends, and very, very extensive background checks on potential restaurant choices.

That is not to say I was the sole combatant. Many omnivorous adults tried to pick fights with me, claiming they had science on their side: they knew a doctor, or knew someone who knew a doctor. (To which I would counter that American medical schools are sorely lacking in quality nutritional education.)

Over the course of my vegan journey, the popularity of the plant-based diet has skyrocketed. With it has come grudgingly higher levels of acceptance among the “concerned parent” population.

Yet despite the growing evidence about the health benefits of a plant-based diet among adults, studies on the effects of a vegetarian or vegan diet on young children have been lacking.

A recent study from St. Michael’s Hospital in Toronto helps fill the void. It is one of the largest longitudinal studies to date comparing the health of vegetarian (10% were vegan) and non-vegetarian children. Over an 11-year period, researchers of the TARGet Kids! cohort study tracked the development of nearly 9,000 children, noting markers such as zBMI (one’s Body Mass Index relative to WHO ideal growth standards), zHeight, vitamin D levels, iron levels, and serum lipid levels (which includes cholesterol levels). Children were followed over an average of 2.8 years, and ages varied from 6 months to 8 years.

Not unlike the adults who piped up about my dietary choices, St. Michael’s researchers initially hypothesized that vegan and vegetarian children’s diets “would be associated with lower growth, iron and vitamin D stores because of lower total caloric intake, lower heme-iron intake from animal-based foods, and reduced vitamin D from fortified cow’s milk.”

Their findings showed otherwise. The study indicated “similar growth and biochemical measures of nutrition” between the vegetarian and non-vegetarian groups. The researchers did note that vegetarian children were more likely to be underweight (6.2% vs. 3.3% for non-vegetarian children). While they did not find a strong association between meat consumption and overweight status, other studies have.

Although the TARGet Kids! researchers (among other nutritionists) emphasized the importance of “careful dietary planning” when feeding a child a plant-based diet, their findings nonetheless could represent a significant step in assuaging worries of health risks in vegetarian and vegan young people.

Animal agriculture – factory farming in particular – has negative effects on the environment, its employees, and its consumers. Of course, following a vegetarian or vegan diet can only do so much; it is not as though one individual choosing Beyond Meat over actual meat is a meaningful step to dismantling the hold these corporations have over the political and medical establishments.

Nonetheless, the growing scientific evidence that vegetarianism and veganism are not only environmentally sustainable but also healthful for people of all ages will be a boon to the movement—and to self-righteous vegan teenagers everywhere.