Revealing the fitness and diet secrets of Taapsee Pannu 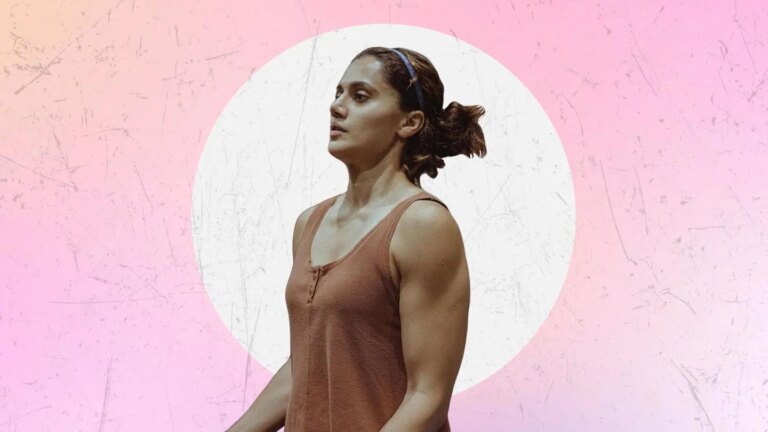 Revealing the fitness and diet secrets of Taapsee Pannu

Taapsee Pannu is one of the most versatile actors in Bollywood who made her mark with her breakthrough performance in Pink (2016).

Pannu, also known for her fitness, is always up for a challenge.

If you want to be as tough as the Rashmi Rocket star, check out her fitness regime here.

Pannu starts her morning with Surya Namaskar and pranayama

Pannu, a morning person, starts her day with Surya Namaskar and pranayama.

She is known to often switch up her workout routines with various forms of exercises while working on her muscles with HIIT.

Even when vacationing, she goes jogging or brisk walking to stay active.

Pannu likes routine and tries to get seven to nine hours of sleep unless there’s a night shoot.

To answer your query on how she attained that envious athletic physique, Pannu is a big fan of all kinds of sports!

According to her nutritionist Munmun Ganeriwal, Pannu wouldn’t miss playing squash a single day when she is in Mumbai.

She follows some fitness apps suggested by Ganeriwal to practice deep breathing exercises, irrespective of where she is.

Pannu works out six days a week for an hour

Pannu hits the gym every day.

She works out six days a week for one hour every day, focusing on a certain body part each day.

Her workout sessions are followed by a cool-down session of 15-20 minutes.

Dedicated to her fitness schedule for Shabaash Mithu, she continued training during the lockdown in the open ground even when all gyms were shut.

While her breakfast generally consists of either eggs or jowar roti stuffed with seasonal vegetables, for lunch and dinner, she prefers rice or roti with vegetables and daal.

Pannu also has nuts, fruits, and buttermilk in between meals, daily.

“I don’t need to cheat because my favorite foods are not forbidden,” the actor told MoneyControl.

Check out the recipe for Pannu’s fat-burning drink

The actor relied on humble foods instead of popular foods

According to her nutritionist, Pannu didn’t rely on a low-carb diet or popular high-protein diet while preparing for Rashmi Rocket. She had meals like khichdi, a good mix of carbs and proteins.

“Instead of protein bars and the likes, we kept faith in humble foods like sattu flour, peanuts, besan laddus, etc.,” said Ganeriwal.