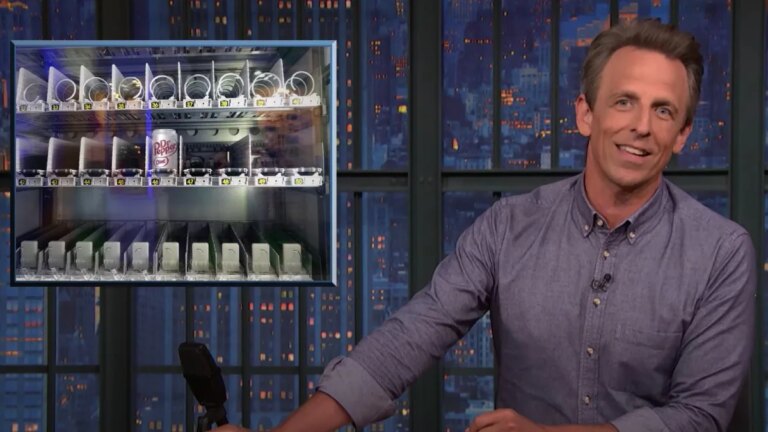 Seth Meyers has sympathy for the tough go of it Diet Dr. Pepper has had this week. After making a prominent appearance during one of the Jan. 6 committee hearings, the “Late Night” host joked that it’s become the drink of choice for “unhinged pro-coup Republicans.”

The topic came up as Meyers went over a few things he missed during his two weeks off, including the testimony of Sidney Powell. During her interview with the committee, Powell was holding a can of Diet Dr. Pepper — label out — which she promptly took a large swig from after describing an interaction she had with the president in January.

The late night host argued that, really, Powell making a point to have the drink on camera was a sure indicator that she couldn’t be taken seriously by the committee. 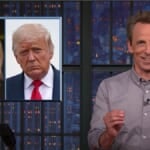 “Watching her chug a Diet Dr. Pepper was another reminder that she shouldn’t be trusted,” he added. “It’s like if your doctor recommended surgery, then put an entire bag of Big League Chew in his mouth. You get a second opinion.”

Jokes mostly aside, Meyers did wonder when Diet Dr. Pepper became “the preferred beverage of unhinged pro-coup Republicans,” pointing out that in an interview Sarah Palin gave a few months ago, she also mentioned her love for the drink, saying she gets one every day at work.

“Man, terrible branding for Diet Dr. Pepper,” Meyers said. “This is the worst thing that’s happened to a soft drink since that photo emerged of Mussolini drinking a Fanta.”

Later in the segment, Meyers joked that former Trump strategist Steve Bannon probably also has a thing for Diet Dr. Pepper, as the late night host wondered how it would be at all possible for Bannon to get an impartial jury for his own trial.

“Sorry, but even if you’ve never heard of Steve Bannon, how could you look at this guy and be fair and impartial?” Meyers said. “Even if I had no idea who he was, I’d take one look at him and assume at best he’d been arrested for stealing a seaplane in the Florida Keys or maybe illegally selling soft drinks on the sidewalk in Times Square.”

Naturally, he had to bust out an impression of how he thought that interaction would go.

You can watch the full “A Closer Look” segment in the video above. 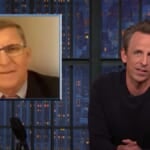