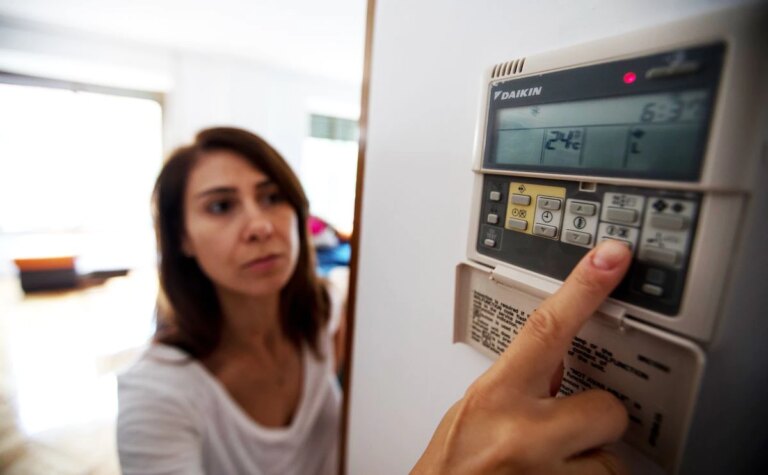 Javier Sánchez Perona’s blog post in Malnutridos (malnourished) doesn’t mince words: “Air conditioning makes us fat because our appetites wake up when our bodies are cool.” Sánchez explains that when he first arrived in Seville (Andalusia, southern Spain) more than 20 years ago to work at the Instituto de la Grasa, a food service and technology research center, he was surprised by the heat and how much it affected his appetite. Like most Sevillians, his home had no air conditioning. That’s when he started thinking that this could explain why there weren’t many overweight people in Seville. Years went by and air conditioned homes became more common. Andalusia slowly became Spain’s leading region for obesity. Is this a coincidence or are the two related?

“I have not found any study that specifically demonstrates a cause/effect relationship between the increased use of air conditioning and the increase in obesity, probably because no study has been done,” said Sánchez. “But there is scientific proof of the relationship between temperature and appetite. The higher the temperature, the lower the appetite. So it seems obvious that if we live and eat in air-conditioned places, we’ll eat more and get fatter.”

María José Castro, a physician specializing in nutrition at the University of Valladolid (north-central Spain), says, “It’s clear that when you eat at cooler temperatures, you eat more… A body at rest has a certain level of energy expenditure – what we call the basal energy rate. And human beings are homeothermic. This means that we are able to regulate our metabolisms to maintain a constant body temperature regardless of the ambient temperature. And the body uses food to produce the energy that keeps it at a constant temperature.”

This relationship between temperature and appetite has been proven by multiple research studies. As early as 1963, a study using rats as test subjects showed that, when exposed to a temperature of 95° (35°C), the rats only ate 10% of what they consumed at 75°F (24°C). At 104°F (40°C), they stopped eating altogether. But it’s not just rats that eat less when it’s hot. A 2015 study conducted by the University of Birmingham (Alabama, USA) showed that for every degree increase in ambient temperature, the human test subjects ate 85.9 kcal less of the food (pizza) they were given.

As Sánchez notes, there are no studies specifically focused on proving that air conditioning makes us put on weight. But we do have studies proving that living in environments with only slight variations in temperature does cause weight gain. This relatively constant ambient temperature is now available to increasing numbers of people through air conditioning and heating systems – two magnificent inventions that have led to the so-called “thermal sedentary lifestyle.”

A 2014 study also published by researchers from the University of Birmingham found, “With the widespread adoption of climate control, humans in modern society are buffered from temperature extremes and spend an increasing amount of time in a thermally comfortable state where energetic demands are minimized.” In other words, because our bodies don’t get hot or cold as much, we need less energy to maintain a constant body temperature. The study concludes, “… time spent in the thermoneutral zone could be a contributor to greater energetic efficiency (decreased metabolic rate) and weight gain.”

It’s a logical conclusion – if we eat the same amount, but our bodies need less food to produce energy, the excess food will turn into extra weight. The research on this topic is part of the overall scientific interest in discovering the causes of the global obesity epidemic. What is evident is that human genetics have not changed during this time, so the causes of obesity must be attributed to environmental factors.

For a long time everyone pointed to two main causes of obesity – increased food consumption (including processed and ultra-processed foods) and sedentary lifestyles. But many scientists believed that there must be other reasons as well, and some of these are coming into focus. The massive decline in tobacco use, so beneficial in the fight against cancer, has influenced the rise in obesity rates. Higher consumption of certain drugs, including antidepressants, contraceptives, and antihistamines, also seems to have an influence on obesity. All these factors, added to more and more time spent in comfortable air conditioning, are apparently making us fatter.