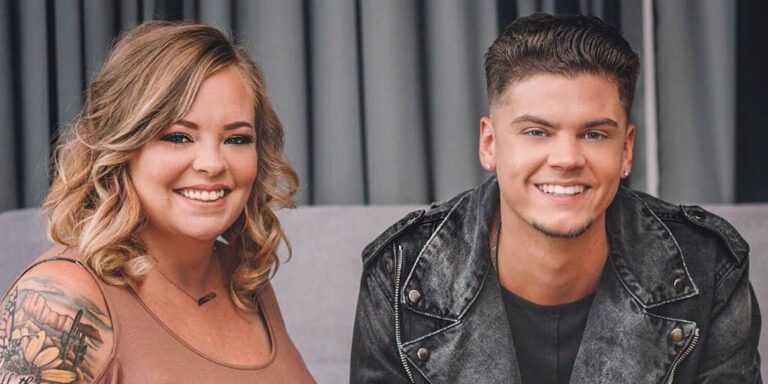 Tyler Baltierra, who is known for his appearance on Teen Mom, shared an Instagram picture to showcase his workout progress and weight loss journey.

Tyler Baltierra, who is known for his appearance on Teen Mom, shared his weight loss progress on social media. Viewers were first introduced to Tyler on 16 and Pregnant when his girlfriend Catelynn Lowell gave birth to their first child. The couple decided to put their child up for adoption while maintaining a strong relationship. The two joined the cast of Teen Mom and got engaged in 2013. In Teen Mom, viewers watched the couple deal with many barriers and challenges in their relationship. However, in 2015, the two got married but still had many challenges to overcome during their marriage.

After getting married, Tyler and Catelynn began to prioritize their health and well-being. As their family grew, the couple addressed their mental health and showed support for one another through their social media platforms. Along with that, Tyler started to share his fitness goals on social media in 2020. He frequently shared pictures of his progress and updates his followers on his thoughts during the process. He shared that his goal is to gain muscle mass while reducing body fat.

Recently, Tyler shared an Instagram post to show fans the progress he has made over the years. He includes a picture from the end of March where he weighed 203 pounds as well as a recent picture where he weights 179 pounds. Tyler tells his followers he has finally met his goal and is done with his weight loss journey. Tyler says that he lost 24 pounds while maintaining the same level of strength. He shares that he changed his goal as he wanted to focus on muscle building rather than strength. Tyler says he still has more work to do to obtain his overall goal, but he is happy with his weight loss. He argues that he hopes to post more updates in the future as it allowed him to maintain accountability.

Tyler’s followers were impressed with the effort he has put into fitness. Many praised his appearance and mentioned that his shoulders and arms showed a lot of improvement. Some were curious about his workout routine while others were happy to share their experience with building muscle. Fans also commented on Tyler’s ability to focus on his health as it is important to work on improving over time. Some made sure to mention that Tyler looked great in his before and after pictures as they wanted him to feel happy with his appearance regardless.

Tyler has put a great deal of effort into improving his health and fitness. He seems to have a positive approach as he comments on being proud of his work and happy with his appearance. Sharing positive comments on one’s experience with fitness can help to motivate others and ensure they have a healthy mindset towards fitness. Fans are hoping to gain more insight into the Teen Mom star’s progress.