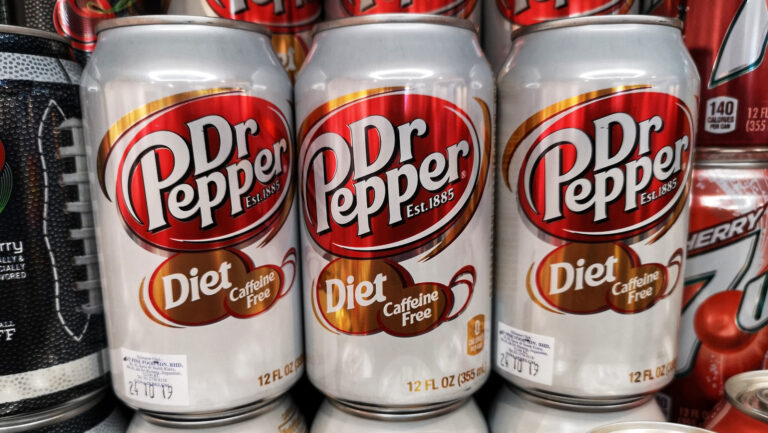 And it didn’t take long before social media lit up with reactions to the Diet Dr Pepper sip seen round the world. “Who had diet Dr Pepper on their insurrection bingo card?” one reporter asked her followers, while another elevated the drink, saying “The unexpected star of today’s Jan. 6 hearing: Sidney Powell’s Diet Dr. Pepper.”

The jokes didn’t end there. “Is Sydney Powell trying to score an endorsement deal from Dr. Pepper? When I advise a president on bats*it crazy ideas, my throat gets a little parched. That’s when I grab for a can of Diet Dr. Pepper…” remarked a third social media user. And while many thought now would be the time Dr Pepper’s marketing department needed to go into damage control thanks to the diet drink‘s questionable association, others like this Twitter user said: “Thank you to the January 6th editor who included Sydney Powell swigging that Diet Dr. Pepper. You also deserve an Emmy nomination.”

Among the more observant, there was just one comment: “That was an odd edit. She didn’t say anything else after she drank the pop, so I don’t know what they didn’t end the cut after she stopped speaking. They didn’t need that loooong shot of her just drinking pop out of a can.”

Perhaps we’ll hear more about that particular testimony at a later date.