The Intersection of Women’s History and School Meal Programs 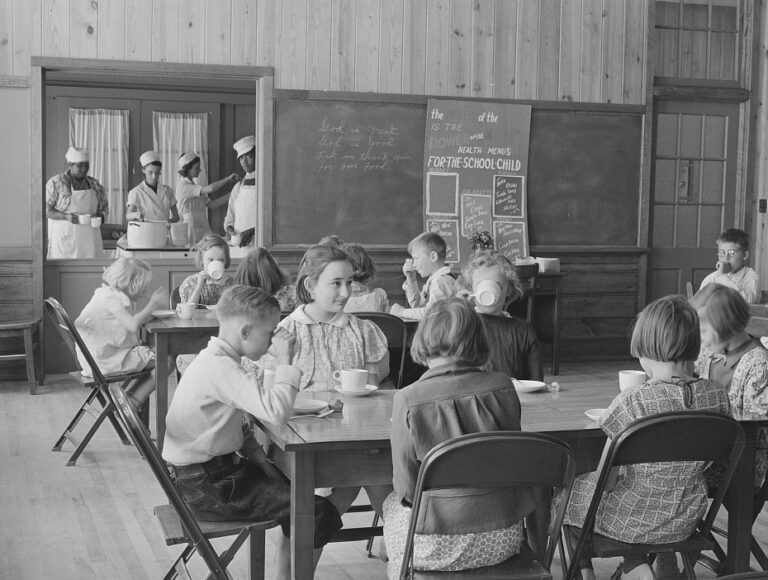 The National School Lunch Program provides nutritious meals to about 30 million children daily in the U.S. Such success would not have been possible without the early efforts and continuing contributions of women. For over a century, women have led the way in starting programs that provide healthy foods to children from underserved communities. And what started as local efforts have grown into staple, federal programs.

At the turn of the century, America saw a large influx of immigrants and an emerging industrial workforce. These populations were often impoverished and undernourished, inspiring the formation of organizations to provide nutritious meals to children. In 1894, the Starr Center Association in Philadelphia began serving penny lunches. Then in 1908, the Women’s Educational and Industrial Union began providing hot lunches to students in Boston. At the forefront of these organizations were the women who cooked and served the meals. These women also taught children the importance of nutrition and choosing healthy foods. The lunch program had a great impact, as teachers found that the meals provided other physical and mental benefits to students, including increased attentiveness. The success led to similar programs in other cities and rural America.

Students continued to show improvements as a result of school meals, and by the 1930s, 15 states had implemented similar programs. During the Great Depression, the New Deal expanded school meals at the federal level and employed nearly 7,500 women. Finally, in 1946, Congress passed the National School Lunch Act, which gave permanent authorization to school lunch programs.

To this day, these programs provide American children with healthy food, promoting nutrition security. Through their efforts, women are an integral part of the history of school meal programs. This Women’s History Month we honor the countless women who have provided nutrition security to children.