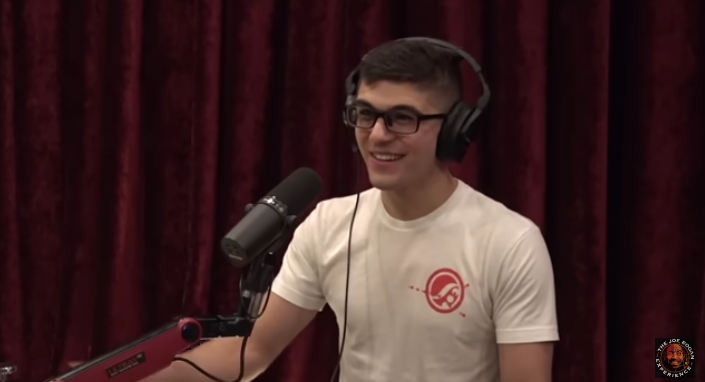 Recently, top jiu-jitsu competitor Mikey Musumeci appeared on the world’s most popular podcast, the Joe Rogan Experience. Musumeci’s two-hour conversation with Rogan covered a wide range of topics, from his upcoming ONE Championship title match, to his pasta-and-pizza-only diet, to a potential showdown with MMA legend Demetrious “Mighty Mouse” Johnson.

Below are the biggest takeaways from Musumeci’s appearance on the JRE.

On learning to speak Portuguese:

Musumeci revealed that he’ll be competing for the first-ever ONE Championship submission grappling title:

I’m fighting for the belt in ONE Championship September 30. And it’s gonna be on Amazon Prim in the US. Now they’re getting into the US… What’s really cool about them is how they’re spreading martial arts all over, with kickboxing, Muay Thai, MMA and jj on the same card… So fans will learn about all the martial arts.

Musumeci has had some recent health problems that have kept him out of training and competition. He explains:

I just had my appendix removed. Out of nowhere, I was training normal, doing everything normal, then all of a sudden, I had this sharp pain. I thought I had a stomach virus I was in so much pain… We go to the hospital, and they said if I went a few hours later I could have died. It was pretty intense… I had to have immediate surgery. I’m recovering from that now.

Musumeci eats just one meal a day, and it’s always pizza and pasta.

So, how this started was, I have been cutting weight and dieting my whole life. And you almost evolve an eating disorder from always dieting and cutting weight for so many years of your life. It just naturally happens. So I would binge eat, I would starve, it was very unhealthy… All that time just messes up your brain, where you never feel like you’re satisfied and you’re never full… What I started doing was intermittent fasting. So I would just not eat during the day… I started just eating the foods I love. I’m Italian so I grew up just eating pizza and pasta, so I make pizza and pasta every night… For dessert I eat a pint of acai. And my weight would be lighter doing this diet than eating no carbs and all these things. So in my mind I was like, wait, I can eat all the foods I love if I eat once a day at night. It was a no-brainer for me.

Musumeci doesn’t do any traditional strength and conditioning.

When I stopped lifting weights and doing conditioning, I actually got stronger in training because I started learning how to become more efficient with how I use my body. People were like ‘wow, you got stronger.’ But I didn’t get stronger, I just got more technical… We don’t need to do extra things. I supplement it just with some light running for my nervous system. But I don’t need to do anything more than that.

Competing, I hate sometimes. I’m a very introverted person. So fighting in front of people, people watching me, just talking to random people I get anxiety. But I also love it because I hate it. I love pushing myself to do things that make me uncomfortable. So that’s why I love competing, but I hate it at the same time.

Musumeci is in talks for a potential grappling match against Demetrious “Mighty Mouse” Johnson.

I know that at the end of the year, I’m probably having a match with Mighty Mouse, a jiu-jitsu match… He’s a true martial artist, doing all the disciplines…

Musumeci’s opponent on September 30 is to be Cleber Sousa:

I think I’m competing with Cleber Sousa… He’s a high level person from Brazil and he’s gonna be a great match… The first belt in ONE Championship history in jiu-jitsu.