The Popularity of Plant-Based Diets and Athletic Success 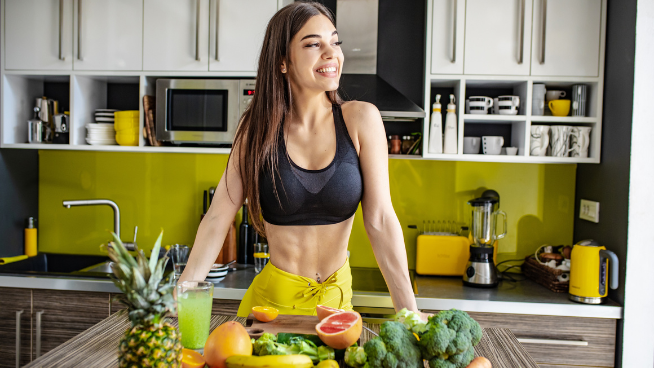 There are a few ways to eat plant-based diets. The first way can be completely vegan or vegetarian. The other way is by being a flexitarian, for which Tom Brady is known. Tom does not restrict meat. He just eats it sparingly. For example, the two main meals he eats each day are 20% meat and 80% vegetables. Simply called the 80/20 diet. Tom’s diet has had a revolutionary influence on many other athletes, who are now eating the same way. Nevertheless, if you ask any athlete about their plant-based diet, they all say the same thing. They feel great, faster, stronger, agile, younger, and less tired.

Let’s look at how and why plant-based diets are becoming very popular among athletes and how they improve their performance.

The most significant aspects of plant-based diets are:

Tom Brady and the Flexitarian Diet

Tom Brady, who is 46 years old, swears by his 80/20 diet. And you can see the results for yourself. First, Tom retired mainly to spend time with his family, not because he was injured or too old. And then, his family supported his return to football, unretiring himself.

The vegan and vegetarian diets miss out on consuming essential nutrients like protein, iron, zinc, and vitamin B12. They are vital components in muscle growth and recovery. These nutrients are easier to obtain from animal products like meat and chicken. So, the flexitarian diet makes up for what’s missing by consuming minimal animal products. A flexitarian diet provides the nutrients that vegans and vegetarians need to supplement.

Morgan Mitchell has been vegan for about five years. She said it has made her leaner, faster, and happier. She does not feel sluggish like when she was eating meals with meat. Morgan also says that her recovery after training is quicker than before.

Novack Djokovic went plant-based about twelve years ago. He took on his nutritional journey initially to help him enhance his athletic performance and win more matches. Novack said and firmly believes that going vegan helped him become number one in the world. In addition, being a vegan dramatically cleared up his allergies, which were so bad that he felt like retiring.

Venus Williams switched to veganism to help her symptoms of an auto-immune disease called Sjogren’s syndrome. This syndrome causes swelling, inflammation, muscle and joint pain, and fatigue. Being vegan worked so perfectly for her disease that she maintained it. Furthermore, she noticed her body recovered faster and had more energy on a plant-based diet.

When Cam sprained his ankle, he became a vegetarian. He switched to help him recover quickly from his injury. He said he felt so good and noticed a big difference in recovering from his injury compared to the past. Cam also noted that he experienced many positive health and energetic changes in his body. He said, “You don’t need to eat meat to be strong.”

Zdeno is 40 years old and playing hockey in the NHL. As professional athletes age, they need all the help they can get to stay young and keep up with the fast 20-year-old players. Zdeno said that becoming a veganenhanced his recovery time after games and practices, and he also feels the difference off the ice. Chara told the Boston Globe, “I know I’m playing with a lot more energy, and I’m recovering faster.”

There are many vegans, vegetarians, and flexitarians in the NFL, NHL, NBA, and MLB. Likewise, you will find them in the MMA and boxing world, for instance, Manny Pacquiao and Mike Tyson. The primary purpose of a plant-based diet, whether vegan, vegetarian, or flexitarian, is to eat at least 70% or more vegetables.

Plant-based diets will boost your energy, enhance your stamina, improve your endurance, decrease body weight, and make you leaner.