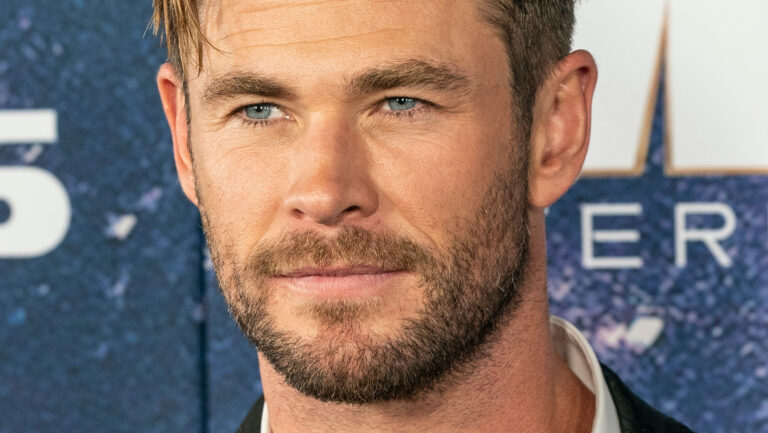 “Thor: Love and Thunder” got off to a roaring start at the domestic and international box offices. In one of the scenes from the fourth installment in Disney’s Marvel Cinematic Universe, fans witness Chris Hemsworth and Natalie Portman locking lips. And in a July interview with U.K. radio series “Capital Breakfast with Roman Kemp,” Portman discussed how Hemsworth skipped breakfast before filming the kissing scene.

“The day we had a kiss scene he didn’t eat meat that morning because I’m vegan. And he eats meat like every half hour. Like, that was so thoughtful,” the Oscar-winning actor said. Portman, who has been a vegan since 2011 (per Vanity Fair), added that she didn’t request Hemsworth to hold off his usual breakfast. “That’s not something I’m angry about or care about, but he was just being thoughtful. He’s just a very nice person.”

Surprised by the touching gesture made by Hemsworth, co-star Tessa Thompson chimed in, “I didn’t even know he could go without eating meat. He’s just like eating bison in the morning. That’s so sweet.” This isn’t the first time Hemsworth has ditched eating meat, though. The “Rush” actor once tried to experiment with a vegan diet while filming “Avengers: Endgame” (via Insider). Although he got a lot of protein from a plant-based diet, he didn’t stick with it for too long and has since gone back to his typical diet, which includes proteins such as steak, fish, and chicken.