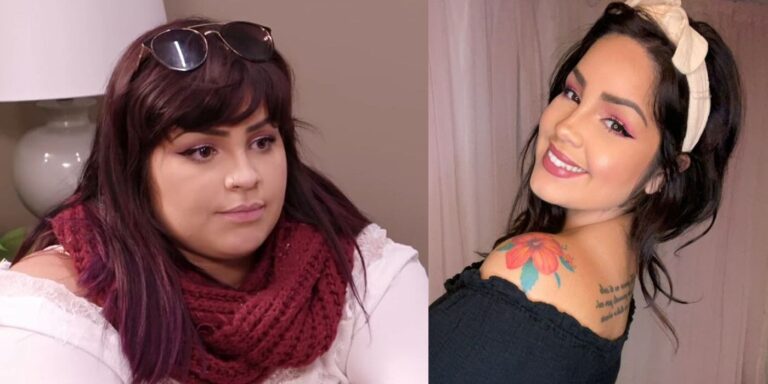 After undergoing gastric sleeve surgery in June 2021, the 90 Day Fiancé: The Other Way star Tiffany Franco is now showing her dramatic weight loss.

Popular 90 Day Fiancé franchise star Tiffany Franco has transformed her body after an 80-pound weight loss, and her Instagram posts prove that. Viewers know the former cast member from 90 Day Fiancé: The Other Way, where she appeared alongside South African native Ronald Smith. During the season, Tiffany had to go through various ups and downs in her marriage with Ronald, which eventually settled down when the couple split up in 2021.

Amid the breakup, the Maryland native finally focused on her fitness. She first opted for gastric sleeve surgery, which helped her lose most of her belly. Over the next couple months, she rapidly lost weight and became a slimmer version of herself. Tiffany has always been honest about her fitness journey and openly shared her weight loss progress on her social media.

In her most recent update, she hinted she is close to reaching her goal of 190 pounds body weight and has successfully lost over 80 pounds. In the past year, the 90 Day Fiancé franchise alum Tiffany has shared a lot of popular posts on her Instagram that highlight her major weight loss. Let’s look at some of her posts that show her newly transformed physique.

In July 2022, Tiffany posted a video of herself from 1 year ago and compared it to her recent figure. The clip shows the mother of Daniel and Carley wearing a black sports outfit and documenting her pre-weight loss body. She then cuts to a recent clip of her transformed figure, where she looks extremely happy and fit. “It’s been a hell of a year,” Tiffany captioned her post while her 90 Day Fiancé fans showered her with compliments.

In January 2022, Tiffany showed off her newly transformed figure after massive weight loss. She shared this mirror selfie and showcased her side profile to the fans. She wrote, “Here I am. Feeling amazing,” adding that she has been in a state of a plateau for the last few weeks but is slowly pushing through it. In the photo, Tiffany flaunted her slim waist and flat belly while embracing her curves confidently. Viewers loved the 90 Day Fiancé star’s weight loss progress. One of her fans told her, “You are doing such a wonderful job. Looking fabulous.”

Recently, Tiffany shared this “Face2face Weight loss” post on Instagram. In the video, she compares a close-up of herself from June 2021 to one from the recent week. She wrote, “Crazy to see how much my face has changed,” as the clips displayed her impressive transformation over the months. Tiffany shared an old makeup video as the first clip and showed she once had a heavier face, then she compared it to her recent looks and flaunted her sharper jawline. Fans are proud of Tiffany’s weight loss journey and want the 90 Day Fiancé franchise alum to achieve her fitness goals.