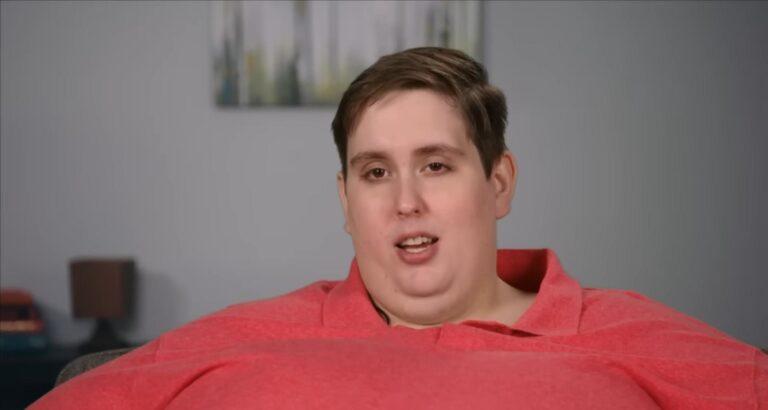 Corey Phelps was determined to drop the pounds, initially starring on TLC‘s Too Large at more than 600 lbs. Willing to get himself down to a healthy weight, he went on to improve his diet and exercise and lost over 300 pounds.

The series follows the lives of overweight people hoping to turn their lives around. Corey was one of those participants, and is now practically unrecognisable since he started sharing his story on the reality TV show.

Describing himself as “body positive” in his Instagram bio, Corey is now dedicating his life to help others who wish to drop the pounds just like him. By the end of the series, he had achieved his goals, and has gone on to shed more lbs.

Meet Corey from Too Large

Corey Phelps, 31, from Georgia, is a student. He shared on TLC how he was homeless at one point five years ago, but changed his life around by focusing on his studies. Since then, Corey has graduated!

Obsessed with Britney, Corey received help from weight loss surgeon Dr. Procter at the age of 28. His initial weigh-in was at 664 pounds. He opened up about his previous size at the time and said:

Being my size is really hard. It’s painful. Physically, mentally, emotionally. I’ve been through a lot of fat-shaming.

His main focus at the time was to improve his physical health, but he also visited a therapist during the process. Corey even done his fair share of dating on Too Large! His weight loss journey all took place while he attended college.

With the supervision of his brother and aunt, Corey took part in rigorous workout routines and started eating healthier. The doctor gave Corey a weight loss goal of 50 pounds to qualify for bariatric surgery. Instead, Corey lost 82 pounds!

Corey was committed to his diet. He then lost enough pounds – 107 to be exact – to qualify for weight loss surgery, which was helped by the TLC star focusing on eating healthy food rather than exercise.

After the surgery, he had dropped 264 pounds and has since lost more than 300 lbs. Corey is now devoted to a healthier lifestyle, often going for five-mile morning walks in Kennesaw and focusing on more nutritious foods.

Corey shared that he lost over 300 lbs after first appearing on Too Large. Since then, the TLC star has uploaded a YouTube video where he gives his top tips for how he dropped the pounds – including focusing on nutritious food.

Growing up, the reality TV personality was bullied for his size. His weight escalated in high school after he came out as gay, and during the show, he was sharing a one-bedroom apartment in Cartersville, Georgia, with friend Renee.

He has come a long way since then, and is now able to walk for miles after previously barely being able to walk up a flight of stairs. Corey also does a lot of meal-prepping and revealed he doesn’t keep sweets in the house.

Celine is a journalist with over five years of experience in the media industry and the chief staff writer on Reality Titbit. After graduating with a degree in Multimedia Journalism she became a radio newsreader and reporter, before moving into her current role as a reality TV writer.

Do Zach and Jeremy Roloff speak in 2022?