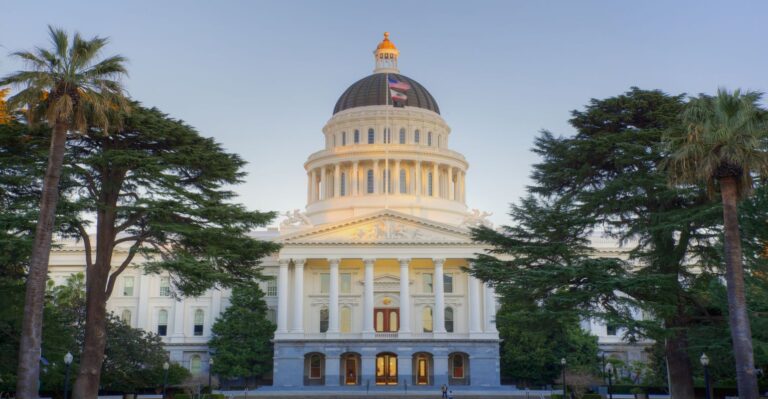 Several industry trade groups that initially opposed a bill in California that would restrict minors’ access to weight loss supplements or over-the-counter diet pills without a prescription have withdrawn their opposition to it.

Several organizations advocated to change language in a bill introduced by Democratic Assemblywoman Christina Garcia and passed in January by the California State Assembly. The Consumer Healthcare Products Association (CHPA) is among the trade organizations now “neutral” on AB 1341, which was amended in the state Senate.

“We are appreciative of Assemblymember Garcia’s willingness to work with us in getting this bill to a point that meets the goals of all stakeholders involved,” Carlos Gutierrez, CHPA’s vice president of state and local government affairs, said in an email to Natural Products Insider. “We take very seriously the rare occasions of misuse of weight loss supplements and diet pills by the teen population, but we also find it critically important to preserve the over-the-counter availability of these products for adults suffering from obesity.”

Gutierrez added, “AB 1341, as amended, strikes the appropriate balance between restrictions of these products to minors, while maintaining affordable access to adults who use them to support their overall health and wellness.”

Speaking June 21 before the California Senate Judiciary Committee, Garcia said, “We have worked with the opposition continuously and have removed most of the opposition along the way. We continue to have an open door.”

Two committees in the state Senate have voted to pass AB 1341, and the bill is scheduled for an Aug. 1 hearing before the California Senate Appropriations Committee.

The American Herbal Products Association (AHPA) and California Retailers Association also have withdrawn their opposition to AB 1341 after language in the bill was amended.

“The California Retailers Association has worked diligently with Assemblymember Garcia over the course of the year to resolve our primary issues with AB 1341,” the trade group said in an email. “The June 8, 2022, amendments alleviated our major concerns by 1) removing the requirement that retailers restrict access, or ‘cage’ dietary supplements and over-the-counter diet pills, and 2) clarifying the scope of the bill. With these amendments, CRA went neutral on AB 1341.”

In a June 16 email to its members, AHPA said AB 1341 as amended includes “no physical access restrictions and greatly narrows and clarifies the covered product definition.”

“The remaining restriction bars individuals under 18 from purchasing dietary supplements that are both a) ‘labeled, marketed, or otherwise represented for the purpose of achieving weight loss’, and b) found by the California Department of Public Health [CDPH], as part of a stakeholder consultation, to both meet the above definition and contribute to specific health conditions,” AHPA stated.

Garcia’s office did not respond to several emails requesting clarification on the scope of AB 1341 and whether weight loss supplements are only subject to age restrictions if the CDPH finds products are both marketed for weight loss and contribute to certain health conditions.

Testifying June 15 in support of her bill before the California Senate Health Committee, Garcia cited studies from universities that found “individuals using diet pills and laxatives were more likely to be diagnosed with and develop a serious eating disorder.”

The studies “also found that hospitalizations for eating disorders among adolescents doubled during the Covid-19 pandemic,” she said, adding teens are especially vulnerable to diet pills due to the prevalence of “self-image issues.”

In testimony in support of AB 1341, Kelsey Wu, a student advocate for STRIPED (Strategic Training Initiative for the Prevention of Eating Disorders), said she developed an eating disorder at age 14. STRIPED is a graduate-level training initiative based at the Harvard T.H. Chan School of Public Health and Boston Children’s Hospital.

“These weight loss and diet pill companies know that teenagers are their best customers,” Wu testified before the California Senate Health Committee. “If they can get us hooked on their products, they would have a guaranteed market for years to come.”

“Supplements are natural products found in food and nature, and while eating disorders are a severe mental and physical condition and these people certainly need help, and we share the concern for teenagers with eating disorders, NPA believes that banning ingredients found in fruits and vegetables is not the answer here,” Kyle Turk, NPA’s director of government affairs, testified June 15 before the California Senate Health Committee.

He added, “Eighty percent of Americans take at least one dietary supplement as a safe, effective and affordable way to maintain good health.”

In interviews and testimony, NPA representatives have reiterated there is no connection between eating disorders and dietary supplements, as evidenced by its review of FDA’s MedWatch adverse event reporting program.

STRIPED Director Bryn Austin has countered MedWatch “is not designed to capture mental health diagnoses and captures only adverse events that would be treated typically in an emergency department, like tachycardia.”

“It would be like saying you looked in the phone book to find out the names of all the planets, but they weren’t there so you conclude the planets don’t exist,” Austin said in an email.

Turk, however, disagreed that adverse event reports aren’t a valuable tool in determining a temporal relationship between eating disorders and FDA-regulated products.

“This couldn’t be further from the truth since the FDA uses the MedWatch system to add warnings to products it regulates that lead to or exacerbate eating disorders,” he testified. “So the hypothesis that supplements directly lead to eating disorders would then be picked up by MedWatch if this were to exist.”

In January, the California State Assembly passed AB 1341 by a vote of 55 to 13. The state legislature is currently in summer recess but will reconvene on Aug. 1, when the California Senate Appropriations Committee is set to take up the amended version of the weight loss bill.

Each house has until Aug. 31 to pass bills for them to become law, according to a staff member in the California Legislature. Garcia’s bill cannot become law unless the state Senate votes to approve it before the end of August and the state Assembly concurs with the changes.