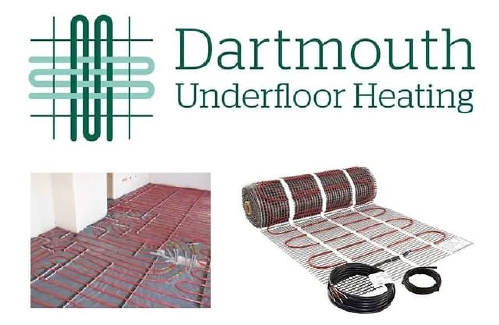 LEBANON — An Instagram page run by a registered nurse at Dartmouth Hitchcock Medical Center in Lebanon offers an unusual glimpse into the hospital’s culture and climate.

The nurse started the page, called dhmc_memes, almost a year ago as a creative outlet in response to short-staffing and burnout. Using viral images combined with words in a humorous way, the page touches on issues such as workforce retention, Dartmouth Health’s recent rebranding and new logo, the CEO’s scooter and food options — or a lack thereof — at the hospital.

In the about section for the page it is described as “NOT ‘Dartmouth Health.’ Those big Boston hospitals may have better staff retention rates, but they won’t have a better meme page.”

The page’s author spoke with the Valley News on the condition of anonymity out of fear of retaliation by Dartmouth Health. The Lebanon-based health system has a policy that bars employees from speaking with journalists without going through its communications office.

Amid COVID-19 restrictions on gatherings and the long distances that some workers travel to get to DHMC, the Instagram page has helped to create a “nice sense of community,” the nurse said.

“Some discussions have kind of come up from the page itself,” the nurse said. “It’s generated discussion among staff across different departments and different units. It brings people together.”

In response to questions about the page, Audra Burns, a Dartmouth Health spokeswoman, said that people have the right to use anonymous social media accounts “as platforms for voicing personal opinions and grievances.”

But, Burns said, “We encourage our employees, as well as our patients and community, to share their concerns, suggestions and other constructive feedback with us directly through established channels. Those insights inform our ongoing work to ensure that Dartmouth Health continues to be a great place to work and to receive the very best care.”

Burns declined to comment on the specific issues addressed by the page.

Fodder for the posts often comes from DH’s internal communications. The “first meme that I posted on the page was kind of the inspiration for the whole thing,” said the nurse, who said since middle school they’ve “been very into that brand of comedy,” including comic drawings.

“For most of my life, I was a consumer of them,” the nurse said. They’re “honestly not that hard to make.”

In that first meme, posted on Aug. 21, 2021, a man stands with tape in his hand as water pours out of a hole in a beaker. The man is labeled “Jason Avery’s feel good Friday email.” The beaker with the hole is “health care burnout.” The picture below shows water running through a hole in the man’s hand as he applies the tape to the hole in the beaker. The page’s comment accompanying the post said, “He’s doing his best.”

The nurse who created the page said that Avery sends out weekly emails to DH nurses and they include “the cheesiest little quote every Friday. None of us know why it’s in our email.” According to LinkedIn, Avery is a mobility technician, who works with patients to help them walk, at DH.

Initially the page was aimed at an audience of a few friends, but it grew from there. It now has more than 2,000 followers, including Dr. Joanne Conroy, DH’s CEO. Conroy, through Burns, declined to comment for this story.

“People on other units discovered the page, and it kind of just blew up,” the nurse said. “Now I have to keep this going because so many people started following it.”

Followers also contribute their own memes.

The “majority of my recent posts have been content that others have created,” the nurse said. “… It’s a safe outlet for a lot of people because they’re able to stay anonymous.”

The page has followers from some smaller DH member hospitals, including Cheshire Medical Center in Keene, N.H., and New London Hospital, the nurse said.

“We complain a lot about the food,” the nurse said. “I’ve personally gotten food poisoning.”

A recent post shows a picture of a cow approaching a maze. One side is labeled Cravin’s, a deli and convenience store located in DHMC, and the other is labeled FNS (Food and Nutrition Services) Cafeteria. Both sides lead to the same door, labeled, “inconvenient hours, doesn’t taste good, might give you food poisoning.”

Across the top the text reads, “The illusion …” At the bottom it says, “of free choice.”

Along with the post, the page’s author wrote, “Anyone else feel personally victimized by our food options?”

In the interview, the nurse said, DHMC employees are “kind of forced to bring our own lunch if we don’t want to get sick.”

The issue of unionizing has come up on the page. Previous attempts at unionizing at DHMC have been unsuccessful.

The page’s author has set up polls about whether DHMC workers ought to mount another attempt. Nurses have unionized at the University of Vermont Medical Center in Burlington, the nearest academic medical center to DHMC. They have bargained successfully for safer ratios and higher pay, the Instagram page author said.

The results of the DH polls were split about 50/50, said the nurse, who said unionizing wasn’t their goal.

“I’m just making art,” the nurse said. “Somebody else can champion that issue.”

Safe staffing is another topic addressed by the memes. In one, there’s a picture of a person riding a bicycle labeled “DHMC administration.” In the picture below it, the cyclist inserts a stick into the spokes of their front wheel, labeled, “increases patient:nurse ratios.” In the final picture the cyclist, having crashed the bike, is lying on the ground asking, “Why are we so short staffed?!”

The nurse said the page is intended to provide “memes and stuff for the humor of it (and) also to point out that this is messed up.”

Some of the topics that have inspired the most creativity among the nurse’s colleagues, including DH’s new logo and a new scooter Conroy has procured to travel between buildings on DHMC’s campus, have surprised them.

Such things are “easy to poke fun at because it’s not hurting anyone,” the nurse said. “It is nice to have memes about things that are relatively harmless.”

Some memes point at the role DH plays as the state’s largest private employer. One meme, which was posted last September when DH announced it would be raising its starting wage to $17 an hour, shows a picture of a school bus trying to cross a track in front of a train, labeled, “DHMC getting away with paying employees $14/hour.” Below it, a second picture shows the bus off the tracks and the train coming through, labeled, “Target coming in offering $18/hour.”

In the future, the nurse said they hope the page continues to bring people together.

“Honestly, I just hope that it continues to receive the same level of support,” the nurse said.

Jeffrey O’Brien, DHMC’s chief operating officer, is scheduled to discuss the shortages and operational challenges the hospital currently faces as part of an online forum hosted by U.S. News & World Report at 1 p.m. Wednesday. More information and registration is online at: usnews.com/hot.