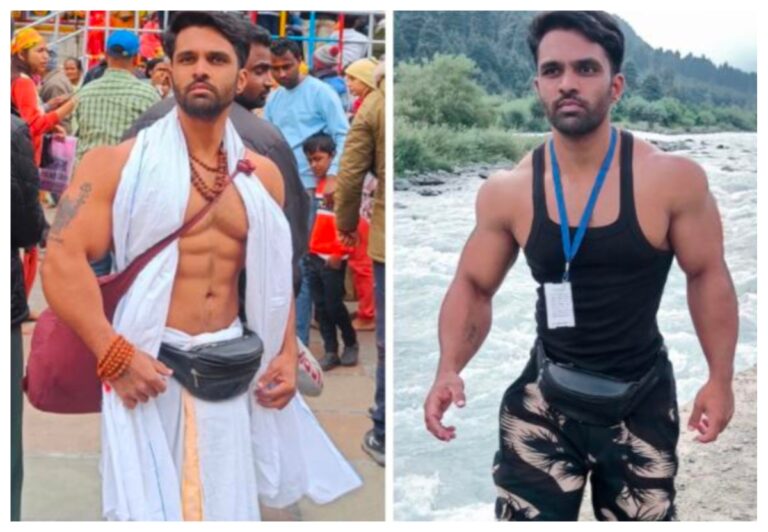 INDIA: As more people switch to a vegan diet because of the ethics surrounding animal welfare and alleged health benefits, it has grown in popularity in recent years.

It has attracted not only the general population’s interest but also that of bodybuilders, and Joginder Tiwari is one of them. Vegan bodybuilder Tiwari is also a powerlifter, YouTuber and fitness coach.

In an exclusive interview with Transcontinental times, Tiwari talks about veganism, the effects of social media on today’s youth and many other things.

Tiwari’s fitness journey started at a very young age. When he was 17, he won the title of Mr Indore. “I was the youngest person to win that title. and it is a record till now.”

He has also won the Madhya Pradesh ‘Strongman’ title in powerlifting and has been a national champion in the ‘Bench Press’ competition.

Tiwari believes that the best part about being a vegan bodybuilder is choosing to follow a path that serves a person emotionally and physically in the best way.

“I have been a vegetarian since childhood. For two years, I began to follow a vegan diet. I wanted to explore the effects on my body and be more mindful of the animal community. After going vegan, I have got new energy. I feel mentally stable and calm. Physically I feel more agile and full of energy than before.”

Youngsters nowadays are drawn towards “fancy supplements and fad diets”. Talking about this, Tiwari said, “You can get all the nutrients you need from your vegan diet. No matter what sport you are in as a player, no supplement is needed, and even if you take supplements, that too only 10 per cent is helpful, rest your diet is important.”

Today’s generation tends to be influenced by social media easily. “Actors can go to any extent to earn money as it’s their job. However, I would advise youngsters not to follow everything on social media blindly. If you want advice about your body, take it from a good certified coach.”

“For those who want to live a healthy life, I would say that: Our body is a reflection of the mind and the choices our mind makes.”

Tiwari feels that while taking care of one’s physical health is important, people should also pay equal attention to their mental health.

“It is the food which you furnish to your mind that determines the whole character of your life. So take a purely vegetarian or vegan diet. Give meditation a place in your life, try to live a stress-free life and include yoga and exercise in your routine regularly,” he added.