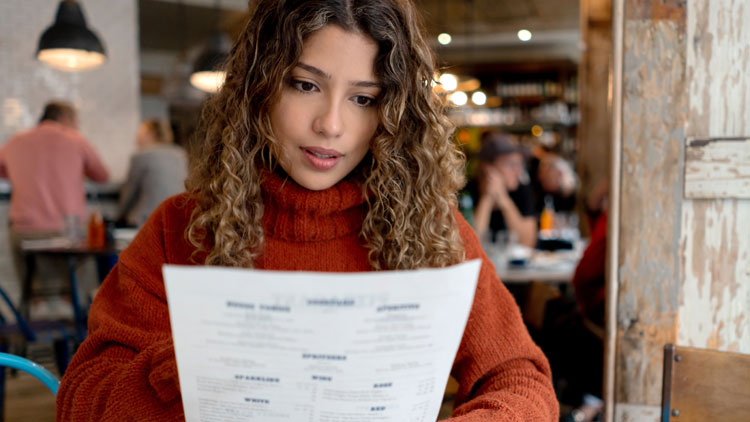 The charity has launched a petition urging the Government to prioritise carbon footprints on menus over calories to raise awareness of the connection between food choices and planet impact.

The petition comes in response to recent research by the University of Würzburg which found that menus displaying carbon foodprints encouraged diners to opt for plant-based or vegetarian options when eating out, according to Viva!

The charity says that dishes that contain meat, dairy, fish and eggs have a ‘considerably higher negative impact on the planet’ than vegan alternatives. It has partnered with carbon calculation service My Emissions as well as Bristol restaurant The Canteen to understand what impact carbon labels has on menus and customers’ decisions when ordering.

“It is imperative that we act now if we want to save our planet, and it’s clear that a vegan diet is the best way for an individual to make a difference” says Laura Hellwig, Managing Director at Viva!

“Raising awareness of the carbon footprints from the production of meat, dairy, fish and eggs is crucial – a lot of people have no idea that eating one beef burger can be as damaging as driving the average UK petrol car for 10 miles.”

The Canteen is the first restaurant to take part in the carbon counting trial with the carbon footprint of each dish put on the menu.

“Including carbon footprints on menus is a positive step in encouraging people to be more aware of the impact of their choices,” says Dr Matthew Harris, head chef.

“We are delighted with the carbon calculations of our menu, made up of predominantly vegan dishes, showing the importance of sustainable choices.

“If carbon labelling was rolled out across the UK, we’d see restaurants and customers encouraged to make better decisions around the food they consume.”

Viva! says that restaurants with meat on the menu have so far declined to take part in its study. However, a number of meat-focused restaurants have made efforts to reduce the carbon footprint of their businesses. In February this year steakhouse group Hawksmoor ​​said it had achieved its target to become a carbon neutral company 11 months ahead of schedule, and Rare Restaurants ​​serves ‘carbon neutral’ steaks across its estate.

At the end of 2020, hospitality operators including Burger King, BrewDog, Nando’s and The Restaurant Group established the Zero Carbon Forum​​ to identify the quickest and most cost-effective way to achieve net zero emissions.