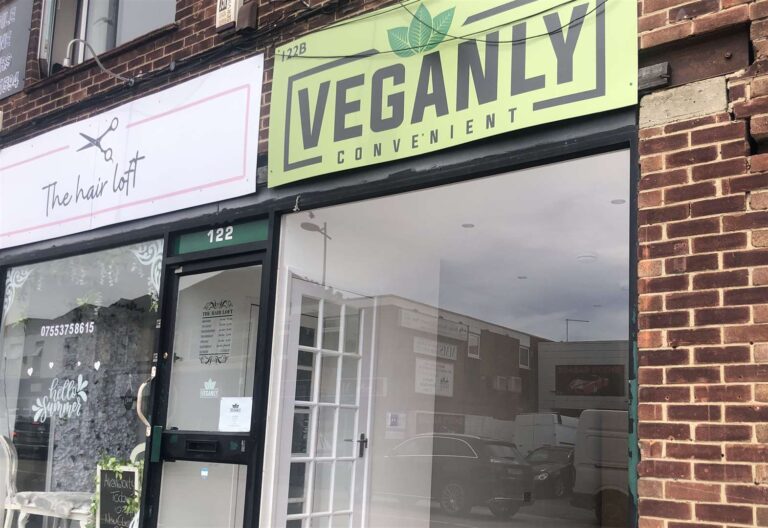 As two restaurants in Kent close due to a fall in customers and staff shortages, we see if the vegan bubble has burst and if it is a fading trend.

Between 2014 and 2019, the number of UK vegans quadrupled with celebrities such as Simon Cowell, Benedict Cumberbatch and Lewis Hamilton leading the way.

Scroll down to take our poll

Veganly Convenient, in Strood High Street welcomed its first batch of diners on February 13 but has now shut up shop due to dwindling customer numbers.

Owner Marina Vannithone said: “It was going well to begin with and then everything kind of went wrong. You name it, it went wrong which is a shame so I handed in my notice to my landlord.

“Every month it got quieter and quieter due to many factors such as the petrol crisis and the location. So it was time for me to go.

“There were too many overheads. I did not even pay myself. I was limited to what I could do as I was not allowed to cook on the site.”

The southeast Asia-inspired menu offered family recipes that have been passed down from Marina’s parents and stem from the family’s Laos heritage.

Fan-favourites included mushroom toast that is described as a vegan take on the traditional prawn toast, vegan sushi and the blue butterfly tea which is served with a slice of lemon.

The 42-year-old said she wanted to bring something different to the area and introduce her food to people after her own health scare about two years ago which sparked her to go on a plant-based diet.

But after only six months in Medway, Marina has made the decision to close the site as business was no longer booming.

The mum-of-two said: “I think Kent is ready for vegan places but it is just the way you go about it. It is just about bringing more vegan food to the county and how you do it. It seems to not be working.”

She said although many people are following a plant-based diet it is still considered a trend as opposed to a lifestyle and this is where the problem lies. A vegan diet involves cutting out all animal products like meat, fish, dairy and eggs.

“It has become like a trend. People go vegan for a month but do not keep it up,” Marina explained. “It is like the gym, it is a trend but people carry that on to keep fit so they should carry on following a plant-based diet.”

She also said education is a factor as many people “stick to what they know and think vegan is not normal food” as opposed to trying and learning new recipes.

“What I want to put across is food is food whether it is vegan or meat or whatever,” she added.

And Marina is not the only vegan restaurant to have to close. Viva Las Vegan in Earl Street, Maidstone – which controversially added cheese, egg and fish to its menu – has also shut.

A sign in the shop window said it was due to “staff shortages” and was boarded up.

Fortify Café in Maidstone was another vegan place to close few years ago but owner James Hooper said “going vegan was the best thing they ever did” and blamed the rising costs associated with homemade dishes and labour.

Well according to The Vegan Society more Brits are actually turning to a meat-free diet.

Research from March this year, suggests that one in four of us have minimised the amount of animal products on our plates. The top three reasons shoppers gave for cutting back on animal products included health concerns, environmental reasons and animal rights issues.

Another reason people are cutting back on meat products is the cost, although the registered charity added one of the biggest barrier to a plant-based diet was affordability.

Of those surveyed, many believed vegan products such as tofu were more expensive than tuna which was actually 24p more. Other misconceptions were also discovered.

Head of campaigns, policy and research, Claire Ogley, said: “Our Live Vegan for Less campaign shows that a vegan diet is more affordable than a mainstream diet and includes many protein-rich, plant-based options that are quick and easy to prepare.

“While the cost-of-living crisis is having a devastating impact on individuals and families, it is encouraging to see more people open to reducing meat and seeking plant-based options which are beneficial for health and a welcome bonus to stretching your money further.

“With food costs on the rise, it is certainly worth exploring how a vegan diet could help you save money.”

Despite the closures in Kent, there are still thriving vegan stores including the Rainbow Skull and Grill in the Royal Star Arcade, Maidstone.

Owner Tammy Tegum put it down to knowing what customers want and not putting yourself into a pigeon-hole by advertising as a vegan restaurant as opposed to an eatery that happens to be vegan.

Tammy said: “We do not like it to feel like it is forced so we do not scream we are vegan from the rooftops. We want people to come in and try the food.

“I think it is becoming more popular. A lot of people try it for a month and stick with it. That is what I am seeing. A lot of our new customers are people that want to try it and try new things.

“I do not think the bubble has burst. I think veganism is getting more and more popular. Kent is a good place it and there are some really good places for food.

“As far as I can tell, more people are trying it but are not always going fully vegan and are eating it two or three times a week.”

Marina will be doing pop-ups in Hythe over the summer and hopes to return to the Medway Towns next year although in a new location – possibly Rochester.

The 42-year-old said: “I have decided to be a bit more mobile and open a pop-up in Hythe. I am definitely looking forward to it. I am going to give it another go.”

Marina, of Albatross Avenue, Strood, will be running her pop-up out of Thailand Tom in Hythe High Street. It will be open Wednesday to Saturday, 10am to 4pm.