Vegan vs. Vegetarian: What’s the Difference? 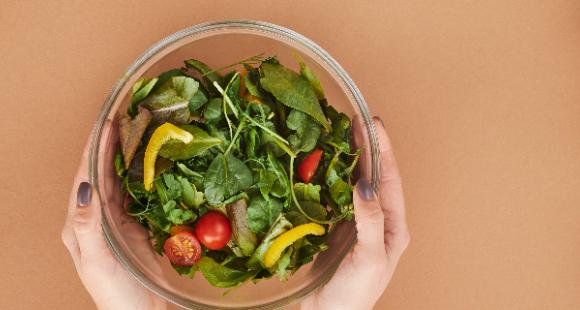 Over the years, both vegetarian and vegan diets have been gaining a lot of traction in the world of health and wellness due to their evident impact on overall health as well as the environment. However, when it comes to clear facts, people have been pretty confused between the two. In fact, quite often the two terms have been used interchangeably. To clarify, although both are plant-based diets a vegan diet is different from a vegetarian diet.

While an individual on a vegetarian diet only excludes meat, going vegan is so much bigger than that. Here’s how.

Who is a vegan? The vegan society states that a vegan is an individual that strictly dissociates from all kinds of animal exploitation. Whether it is for food, fashion, or any other intention. The goal is to promote an animal-free lifestyle that benefits both animals and humans and ultimately works for the betterment of the environment. Apart from that a vegan also prohibits any products that are tried or tested on animals.

Reasons for choosing a vegan diet: Typically, a person incorporates dietary restrictions in order to cater to their body’s needs. However, people also incorporate a vegan lifestyle for moral, spiritual, or environmental reasons. Their primary goals are the protection of the environment and putting a stop to animal cruelty. However, people incorporate a vegan diet as per their needs, requirements, and conveniences which leads to different varieties or degrees of a vegan diet. Here is a list of the most common ones-

80/10/10 diet: Individuals that incorporate this diet mainly incorporate a raw food diet that restricts fat-rich plants like avocados and nuts. They mainly rely on soft greens and raw fruits. This diet can also be referred to as the raw food vegan diet, the low-fat vegan diet, or the fruitarian diet.

Starch solution: Individuals that incorporate this diet mainly incorporate a low fat, high carb vegan diet. It is quite similar to the 80/10/10 diet, however, it focuses more on cooked starches that may include rice, potatoes, and corn rather than fruit.

Raw till 4: Individuals that incorporate this diet mainly incorporate a low-fat vegan diet. It is inspired by both the 80/10/10 diet and the starch solution diet. In this diet, individuals consume only raw foods until 4 p.m. They may or may not consume a cooked plant-based dinner.

Who is a vegetarian? A vegetarian follows a plant-based diet as well. They refrain from the consumption of meat, poultry, and seafood. However, unlike vegans, they may consume animal by-products like eggs, dairy, and honey.

Reasons for choosing a vegetarian diet: While some people go for vegetarian diets in order to lose weight or to cater to other health-related reasons others pick a vegetarian diet due to religious concerns. Most vegetarians are against animal slaughter for consumption. It is important to note that vegetarianism is limited to dietary restrictions only. Lacto-ovo vegetarian: Individuals that avoid meat, but consume egg as well as dairy.

Pescatarian: Individuals that avoid meat along with poultry, but consume fish.

Veganism or Vegetarianism – Which one should I pick? Typically, both vegan and vegetarian diets are considered healthier than omnivorous diets. Evidently, both diets have several health benefits, however, which one is better has always been controversial. If you are seeking a healthier, plant-based lifestyle and are willing to make that switch, it is natural to wonder which is better being a vegan or a vegetarian.

Although veganism is so much more than just dietary restrictions, research suggests when compared to vegetarians, vegans have a lower risk of developing severe ailments like type 2 diabetes, cancer, and even heart diseases. However, it is important to note almost all the studies have been observational which makes it hard to determine which is better.

It can be concluded, that both vegetarian, as well as vegan diets, are incredibly healthy lifestyle choices if planned well. However, what to pick is a personal choice and once you understand what each of them demands, it is easier to make an informed decision. Read on for a detailed guide to veganism and vegetarianism.

Veganism: What to avoid? Although people incorporate vegan lifestyles to different extents and degrees they typically avoid – meat and animal products and by-products. Along with that, they make sure they steer clear of yogurt and candy brands that make use of gelatin which is an animal by-product. Moreover, it is important to note that a number of orange juice brands make use of omega-3 from fish which is to be avoided.

When going to restaurants vegans and in fact, even vegetarians must make sure that the soups and sauces contain meat. Typically soups and sauces contain chicken or beef stock which is to be avoided. A variety of tortillas and fried food brands make use of animal fat which should be avoided. Strict vegans also eliminate honey and dairy products from their diet which makes it important to read the labels of chocolates and cereals before consuming them. Apart from food restrictions, vegans also avoid the usage of animal by-products in fashion and other commodities as well. They avoid usage of silk, wool, leather, fur or animal based jewellery.

Although a vegan diet is incredibly healthy if not planned well it can lead to several nutritional deficiencies. People who do not consume any dairy products must be sure they must consume a lot of green leafy vegetables to avoid any vitamin D or calcium deficiencies. Apart from that, vegans must make sure they add protein and good fats into their diet. Moreover, vegans can have a deficiency of vitamin B12 which may cause severe anemia. It is important to substitute nutrients and fats that are typically derived from meat, fish, and dairy.

Veganism: What to eat?

It is only a myth that vegans and vegetarians have limited food choices. There is an abundance of nutritious and appetizing plant-based food options. Vegans and vegetarians can go for all kinds of dishes made out of vegetables, fruit, grains, nuts as well as beans. Even people who steer clear from dairy have a number of plant-based dairy substitutions. Right from processed cheese to substitute milk like soy milk, there is everything out there. No, vegans do not have to give up on cheese spreads, and cheesy oats. If cooked with love, vegan treats can be even better than non-vegetarian food options.

Vegetarianism: What to avoid? Vegetarians typically avoid all kinds of meat, poultry, fish, along with shellfish. Basically, they avoid any kind of food item that is a result of any slaughter. However, it is important to understand there are different types of vegetarians who avoid food items to different extents and degrees.

A vegetarian diet may lack proteins, good fats, and vitamin B12 if no vegetarian substitutes are added. In the case of vegetarian diets for a growing child, they should be planned incredibly well because they need high amounts of protein for their growth. Plus, people who have a serious workout regimen, should regulate their protein intake. Nevertheless, it is safe to say that if planned well, there are no serious nutritional concerns in a vegetarian diet.

Vegetarianism: What to eat? Consumption of dairy, honey, and eggs depends on the type of vegetarian diet incorporated. There are a number of vegetarian options in restaurants however, mentioning you are a vegetarian is important before you order.

What are the pros and cons of incorporating a vegetarian and vegan diet?

Today, people are visibly curious about environmentally friendly ways of living. That is why having a clear understanding benefits and drawbacks of veganism and vegetarianism serves as a map. Read on for the pros and cons of vegan and vegetarian diets to navigate through the plant-based world. Researchers claim that if planned well, a vegan or a vegetarian diet can deliver nutritional sufficiency. Yes, a plant-based diet doesn’t make you weak, as a matter of fact, it has an extensive list of long-term health benefits of plant-based diets.

Benefits of vegan and vegetarian diets Disadvantages of vegan and vegetarian diets

Why Do People Go Vegan or Vegetarian? Whether you’re willing to make the switch or are simply curious about the lifestyle, it’s only good to clarify why people go vegan or vegetarian. Do they have health concerns? Do they want to lose eight? Do they have moral or ethical concerns? Different people have different reasons for incorporating a plant-based diet. It is important to understand, that people hold different belief systems plus there are several factors that can influence an individual’s decision to go vegan or vegetarian. The most common reason to switch to plant-based diets includes compassion towards animals, environmental concerns, health problems, and even religion. However, there are more, here is a list.

Consuming meat typically leads to several health issues like an increased risk of heart disease, cancer, and even diabetes. In fact, in women, the hormones used in animal farming may even increase the risk of hormonal disorders like fibroids, polycystic ovarian syndrome (PCOS), and even breast cancer. People tend to steer clear of such health risks which makes them pick plant-based diets.

People who consume meat do not directly intend cruelty however the process of bringing animals from farm to fork is cruel. A number of people who go for vegan or vegetarian diets do it for a passion for animal welfare. They strongly fight against the treatment of animals in slaughterhouses and transportation. Going vegan is simply their way of showing support for animal welfare and against animal cruelty.

Apart from health and ethical reasons people go for plant-based diets for environmental reasons. Studies claim that animal agriculture leads to severe climate change. As a matter of fact, animal agriculture leads to over 14 percent of greenhouse gas emissions. This is more than all kinds of transportation combined. Not just that, animal farming also leads to water degradation, increased risk of acid rain, deforestation along with coral reef degeneration. People who ditch meat and other animal by-product believe by doing so they help in the protection of natural resources. As more people incorporate a vegan or vegetarian diet, it can reduce water pollution, land pollution, global warming, production of methane/nitrous oxide, deforestation, and ill-treatment of the wildlife habitat that happens due to animal farming.

Religions like Hinduism, Jainism, and Buddhism strongly stand for vegetarianism or almost-vegetarian lifestyles. They believe in kindness and compassion toward all beings and strongly oppose animal killings. In fact, several Christian denominations also support vegetarianism. Clearly, people who are followers of such religions go for a vegan or vegetarian lifestyle in order to show their dedication to their religion. If you are confused if you can make the switch these plant-based substitutes will definitely help you make an informed decision.

To conclude, it can be said that people go for vegan or vegetarian lifestyles mostly due to their personal belief systems and bodily demands. While vegetarianism is limited to dietary restrictions veganism is so more than just diet. Veganism extends to one’s innumerable daily lifestyle decisions and choices beyond diet. While both veganism and vegetarianism are against animal slaughter. Veganism puts up a stronger fight for animal welfare and the environment by avoiding the usage of any animal products and by-products as well. Although both veganism and vegetarianism are fundamentally different, they have similarities and both are exceptionally healthy ways of living.