Venus Williams Raises $2M from Athletes and Others for Her Brand 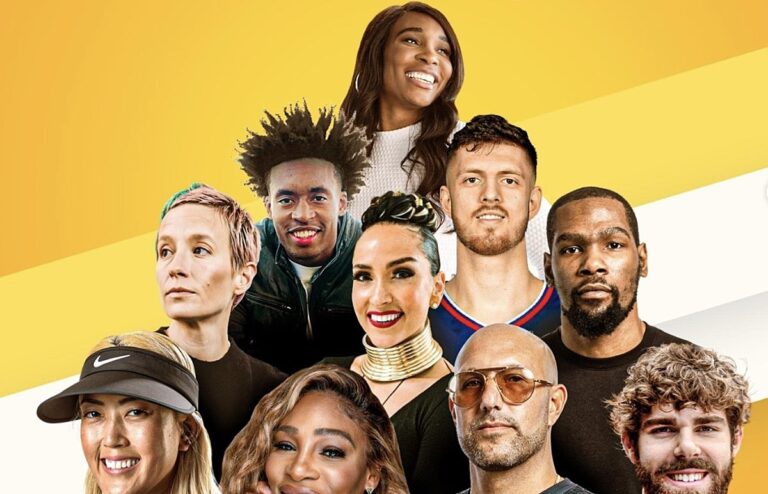 Tennis star Venus Williams just aced a round of financing for her plant-based company, Happy Viking, scoring $2 million from a list of who’s who of world-class athletes and sports figures who all know a hot prospect when they see one. Happy Viking sells superfood protein powders for smoothies, baked goods, and delicious protein shakes that are so creamy you can’t believe they’re dairy-free and vegan, in rich Triple Chocolate, and clean Vanilla Bean.

Not only will these key players help promote the delicious, protein-packed shakes and powders, but they will also raise awareness about the benefits of eating plant-based and the importance of focusing your nutrition around getting as many superfoods as possible, with a goal to help the brand expand into new products and innovations.

“Venus is an incredible entrepreneur, and in getting to know her and the team she’s put together behind Happy Viking, it was clear to Kevin Durant and I that the company has set itself up for success. No one understands the health and nutrition space like a professional athlete, and Happy Viking is proof in product form,” remarked Rich Kleiman of 35V.

In an exclusive article with The Beet, Williams wrote about why nutrition has always been a big part of her life. She decided to go plant-based after being diagnosed with an autoimmune disease in 2011 and her new diet helped her lower inflammation and overcome the constant pain and fatigue and return to peak tennis form. Williams doesn’t call herself vegan, and instead prefers to refer to herself as a “chegan,” (cheating vegan) because she’s not always perfect, but her diet works for her.

Williams explained that it took a long time for her doctors to figure out what was wrong with her and how there were days she couldn’t even get out of bed. She decided to explore eating plant-based and it helped reduce inflammation and support her immune system, so she kept going and has stuck to it for over a decade now. “I have never felt better,” said Williams.

Through her plant-based nutrition exploration, Venus Williams discovered a positive change in her mind, body, and athletic performance, and created Happy Viking to help others reap the benefits she experienced.

“When I was diagnosed with Sjogren’s Syndrome, I became obsessed with doing research and exploring superfood ingredients that helped with my recovery. I would experiment with different recipes until I found a combination that tasted great, improved my health, and allowed me to get back to tennis,” explained Williams.

“I’ve seen first-hand what the benefits of adopting a plant-based diet have done for my body and performance. With Happy Viking, I want to give everyone the opportunity to be healthy, feel good, and live their dreams. I’m so excited to have these other world-class athletes on board to support our mission!”

Neel Premkumar, Founder and CEO of Dyla Brands, co-founded Happy Viking with Venus
Williams. Premkumar and Venus have quickly seen overwhelming support for the brand from thousands of customers, directly connected to the brand’s mission of inspiring better health and nutrition.

Venus has grown deeply passionate about plant-based nutrition and spent years trying to find better foods to improve her body and mind, which led her to create Happy Viking “to give everyone the opportunity to be healthy, feel good, and live their dreams.”

20 Athletes Who Went Vegan to Get Stronger