Victoria Beckham and her incredible physical change: This is her diet and workout regime 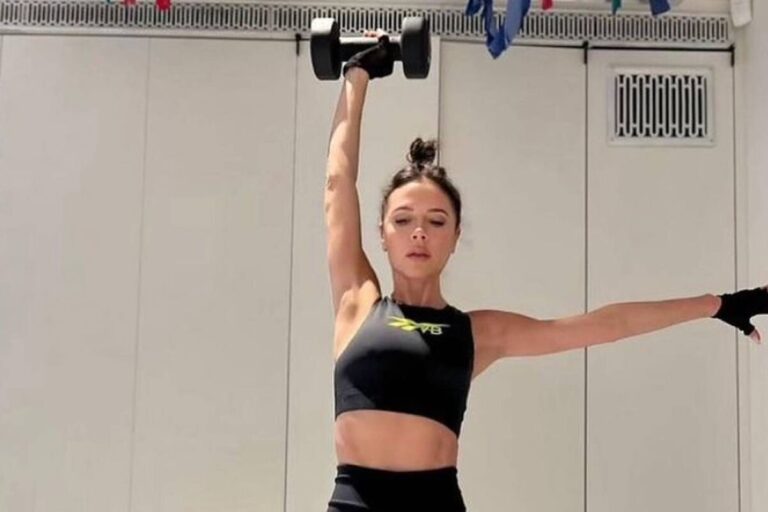 Much has been said about Victoria Beckham, former member of the Spice Girls and wife of football star David Beckham, and her “posh” appearance.

Now, at 48 years of age, she is contiuing an intense workout regime to be in the best shape possible.

With time, all this has changed and the businesswoman wants to continue to maintain her figure.

To do this, Victoria Beckham put herself in the hands of a personal trainer who is very popular among celebrities.

This is Bobby Rich, who was a five-time gold medal winner in judo and former trainer of both her husband and her son, Brooklyn Beckham.

Speaking to The Sun, Rich revealed that exercise had become “a priority” for Victoria Beckham, who he praised for her “impressive” dedication.

The trainer told the British newspaper that the businesswoman is with him “five days a week” and that she is not in the habit of refusing a session, despite her numerous personal and professional commitments.

“Even if she is traveling there are no excuses and we move to online sessions. Either way she is putting in the work,” he explained.

What kind of training does Victoria Beckham do?

“My methodology and application toward Victoria’s training is based on my own conditioning programming that I used when I was competing,” the trainer added.

His job is to identify her peak times and establish when she needs to rest.

To do this, he did not hesitate to reveal that part of the exercises that the former Spice Girls singer does are “strength and functional exercises”, such as overhead squats, with load on the chest and pull-ups, in addition to other practices in which body weight are fundamental.

All of which, according to Rich, leads Victoria to burn around 600 calories in each workout.

Victoria Beckham‘s fascination with fish is well known to everyone, but the change of training has ‘forced’ her to change her diet which had remained similar over the last 25 years.

That is why, faced with the volume of weekly exercises, she now consumes more healthy fats, although she keeps wine as one of her untouchable whims.