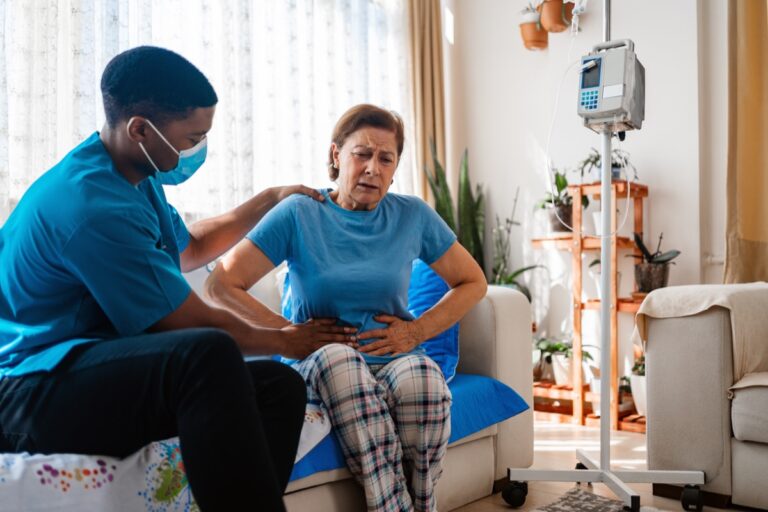 Every year, more than one million people are diagnosed with stomach cancer—also known as gastric cancer—worldwide. While it remains relatively rare in the U.S., experts say this particular form of cancer is the third-leading cause of cancer deaths internationally.

Identifying signs of gastric cancer early on in the disease’s progression can have a profound impact on your prognosis, yet some symptoms are easy to overlook, experts say. Read on to learn which stomach cancer sign is most commonly ignored, and which other red flags may tip you off to a problem.

READ THIS NEXT: This Popular Party Snack May Cause Colon Cancer, Experts Say.

Stomach cancer often goes undetected in its early stages, since it tends to be asymptomatic until later in its progression. “Even the most common early signs of stomach cancer—often unexplained weight loss and stomach pain—don’t usually show up until the cancer is more advanced,” explains the Cleveland Clinic.ae0fcc31ae342fd3a1346ebb1f342fcb

However, the health organization says these signs are commonly associated with symptomatic cases: loss of appetite, fatigue or weakness, nausea and vomiting, difficulty swallowing, heartburn or indigestion, dark stool, weight loss, stomach pain, bloating or gassiness, or a feeling of fullness after eating little food.

READ THIS NEXT: If This Happens to You in the Bathroom, Get Checked for Cancer, Doctors Warn.

According to Anton Bilchik, MD, PhD, a surgical oncologist and chief of medicine at Saint John’s Cancer Institute in Santa Monica, California, unexplained weight loss is the most commonly overlooked symptom of stomach cancer.

In fact, according to a 2019 study published in the Journal of Cachexia, Sarcopenia, and Muscle, which analyzed weight loss as a symptom of gastrointestinal cancers (including stomach, biliary, esophageal, colorectal, pancreatic, and small intestinal cancers), nearly half of all weight loss observed (48 percent) was seen in stomach cancer patients. However, since weight loss is not specific to cancer, many patients misattribute their unexplained weight loss to other causes.

Because gastric cancer remains relatively rare in the U.S., there is currently no recommendation for routine screening. However, if you are believed to be at higher risk, your doctor may recommend regular upper endoscopy to look for any suspicious changes in your gastrointestinal tract.

While anyone can develop stomach cancer, certain factors make it more likely, the Cleveland Clinic says. These include having a family history of gastric cancer or having one of the following underlying conditions: helicobacter pylori (H. pylori) infection, gastroesophageal reflux (GERD), gastritis, Epstein-Barr virus, stomach ulcers, or stomach polyps. Additionally, other dietary and lifestyle habits can also play a role. People who regularly eat a diet high in salty, smoked, or pickled foods, those who drink alcohol in excess, and those who smoke, vape, or chew tobacco may also be at increased risk of gastric cancer, the health organization states.

For more health news sent directly to your inbox, sign up for our daily newsletter.

While many patients do not discover stomach cancer until later in the condition’s progression, experts say recent medical advancements have improved outcomes for many individuals with the condition. “Great strides have been made in improving the survival of stomach cancer,” Bilchick told Best Life. “Surgery is safer and can be done using minimally invasive techniques, and many new treatments—especially immunotherapy—are being used which can be very effective even in patients with more advanced disease.”

Still, early detection is considered essential: the sooner you reach a diagnosis, the better your chances of successful intervention. Speak with your doctor if you are concerned about your symptoms or risk level for gastric cancer.