What Is Sebastian Stan’s Diet and Workout Routine for Superhero Physique in ‘Winter Soldier’? 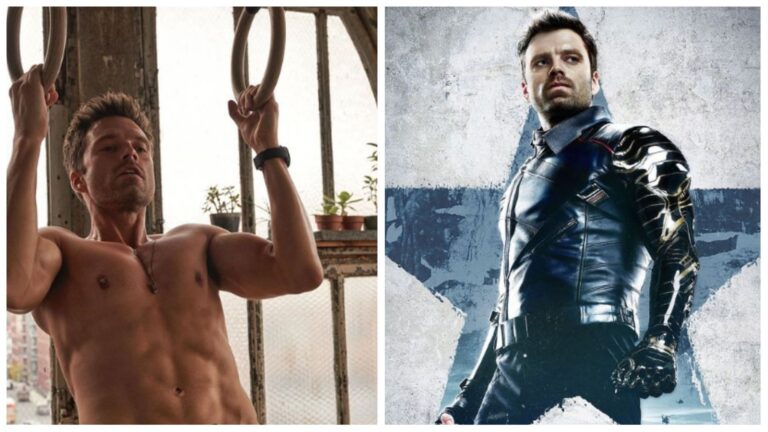 Sebastian Stan is one of the well-known actors in the Marvel Universe for his role as the Winter Soldier. Even though he was introduced to the Marvel world later than most of its other characters, he quickly gained the recognition he deserved.

Playing the role of Bucky Barnes in the Marvel Universe was quite challenging for the actor, and he had to be really fit to portray the character. The role required him to be as strong as Steve Rogers, so he had to go through a certain diet and workout routine.

Seabstian Stan Aka The Winter Soldier is known to be very strict about what he eats, and he follows a strict diet plan. That helps him stay in shape, because the foods he eats are good for his health.

Bucky has a lot of lean proteins, vegetables and healthy fats. He understands that his intense workout routine requires a high intake of fats to build muscles and recover from workouts.

To keep himself fit, he has five to eight meals every day. Here’s a sample of the Winter Soldier’s diet plan:

As you can see, Sebastian Stan’s winter soldier diet plan is strict and mostly consists of lean proteins, vegetables and healthy fats. The diet also contains some carbs to fuel his intense workout routine.

His diet avoids processed foods and refined sugars. He also avoids eating out and instead prepares all his meals at home. That makes his plan seem super strict, but it does has room for cheat days.

Stan has one cheat day a week, which helps him stick to his plan and remain motivated by rewarding himself with treats that he might otherwise not have.

Sebastian Stan’s Herculean body is an envy to many. His workout routine was developed by Don Saladino, a well-renowned fitness coach.

Stan’s Winter Soldier Workout regime was very physical, requiring a lot of dedication. Although it was strenuous, it also has one other benefit—it involved bodyweight exercises and simple equipment exercises. Bodyweight exercises use your body as resistance.

Simple-equipment exercises use tools found in most gyms, like dumbbells, barbells and kettlebells. With this programme, you can build the same kind of strength as Winter Soldier

The workout routine is certainly a good fit for anyone who wants to become super ripped. The diet plan is not quite as detailed as a few others, but it advocates for healthier eating habits that are recommended by fitness experts over crash dieting.

Nevertheless, it’s definitely worth giving this diet and workout routine a try if you are looking for a challenge and want to get into superhero shape for the summer.

Q. Would you try the ‘Winter Soldier’ diet and workout routine?