What To Know About Tirzepatide And Similar Weight Loss Drugs 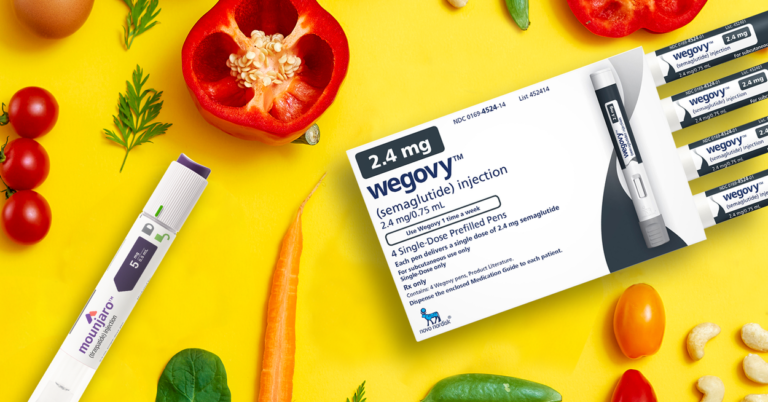 The retail price for liraglutide (Saxenda) and semaglutide (Wegovy) injector pens is around $1,700 per month for uninsured patients in the United States. That’s a little over $20,000 per year.

The type 2 diabetes formulations of these medications also have high price tags, though they are significantly lower. The retail price for Ozempic (the version of semaglutide for people with type 2 diabetes) and Mounjaro (the brand name for tirzepatide) is about $1,100, or about $600 less per month.

With Johnson’s insurance, her copayments have been $50 per month. She covers half of this with a savings card provided by the manufacturer.

“I’m incredibly fortunate to have good insurance as well as the finances to cover the higher co-pay if I needed to do so,” she said.

Irrespective of the cost, new prescriptions of Wegovy have been temporarily halted. Novo Nordisk, the manufacturer of both Wegovy and Ozempic, has had to shift its production schedule in the face of its third-party vendor’s shortage of needle pens used to deliver the medicine. In order to continue serving patients who are already taking Wegovy, Novo Nordisk is currently only producing the two highest doses, 1.7mg and 2.4mg, and the company has said it hopes to be able to fulfill the increasing demand for Wegovy by the second half of 2022.

Because of the Wegovy shortage, and because Ozempic is priced much lower, some patients have sought off-label prescriptions of the type 2 diabetes medicine from their doctors. However, Dr. Jason Brett, Novo Nordisk’s executive director of medical affairs for diabetes and obesity, is insistent that healthcare providers should not be prescribing the medications interchangeably.

When Johnson was taking Saxenda, she was better able to manage her diet without facing constant hunger. But then her weight started to plateau. Even when she was taking the highest dosage of the drug, her appetite returned, so she stopped taking the weekly injection. Soon, she returned to her peak weight.

“After I quit taking it, I stopped doing a lot of the things I should have been doing, like tracking my food and weighing myself regularly. And within a few weeks, I was back to full force,” she said. “If you don’t change your behaviors, then it’s just a short-term fix, right?”

She is trying Wegovy next. However, because of the shortage in low-dose versions of the drug, she may be more likely to experience nausea as a side effect. Her doctor prescribed an anti-nausea medication just in case, and she notes there are “not many options.”

Wharton believes these medicines empower people to make healthy lifestyle changes — but, just as with any other chronic conditions of the mind or body, people experiencing health problems related to obesity will likely always require some form of treatment.

“The drug doesn’t melt fat. All it does is allow you to change your behavior,” Wharton said. “But since we know that this is a chronic medical biological condition, then patients can’t come off the medication ever, just like with any other medication for any other chronic condition.”

Wharton also believes the idea that people can or should be weaned from medication is actually counterintuitive and harmful.

“That’s like telling someone with schizophrenia to just train themselves not to hear the voices,” he said. “But, of course, if you have a patient with schizophrenia and you take them off their medication, what ends up happening? The voices come back.”

Duke has a different perspective. She believes that even though her patients with obesity and/or prediabetes may take liraglutide and semaglutide, this doesn’t necessarily mean they’ll need a lifelong prescription.

“I’m not a proponent of keeping people on medicines they don’t need to be on,” she said. “If someone can maintain their loss because they’ve learned how to manage their diet, how to exercise, how to really help their body reprogram their insulin sensitivity response, I love to see that. I’d like to at least see patients have an opportunity to wane their dose in the future or come off completely.”

When she has someone taking anti-obesity medication who decides they are ready to conceive, Duke tapers their dosage.

“This is important, because they cannot continue this medication during pregnancy,” she said. Wegovy should be discontinued at least two months before a planned pregnancy, for male and female patients alike, due to the risk of fetal harm, according to the prescribing information. For Ozempic, the antidiabetic formulation of the same molecule, the FDA says it should only be used during pregnancy if the potential benefit outweighs the risks, which can include fetal abnormalities and miscarriage. (High blood sugar due to diabetes can also increase the risk of birth defects, stillbirth, and pregnancy complications, and insulin is considered the safest drug to reduce that risk.)

“I had a patient who was taking one of these drugs for the bulk of the pandemic. When they were ready to start a family, we stepped down such that by the time their pregnancy test was positive, they were off the medication.”

They aren’t for those with short-term weight loss goals

If hype around these medications has you wondering if perhaps this new class of drug might be the answer to your short-term plan to lose a few pounds before an upcoming wedding, experts say these drugs are not for you.

Anti-obesity medications are not for those who might be able to modify their behaviors on their own, Wharton said.

In the same way that Johnson’s relief while taking liraglutide provided her with a greater understanding of her constant hunger, GLP-1 treatments are providing the medical community with insight into how obesity works. Wharton hopes the advent of these medications will help to destigmatize chronic obesity among doctors, to clarify that this is a treatable health issue, not a flaw of character.

“The fact that these medications work within the brain, where the disease lives, makes it a lot clearer that there’s biology connected to it,” Wharton said. “The more that we believe that this is a biological medical condition — and we get to that understanding because the medications work — the more that we can recognize that it’s not this person’s fault.”