“When you live in good health with your husband, then your children are in good health ….” A qualitative exploration of how households make healthcare decisions in Maradi and Zinder Regions, Niger | BMC Public Health 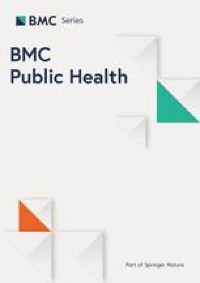 The concept of unity or a unified decision was an important and consistent theme across male and female respondents. Most male and female participants described that they, and their spouses, arrived at the same healthcare decision. Some participants noted that while spouses could have, and voice, different opinions, they generally came to the same decision through discussion. Some women noted that it was important for spouses to come to the final decision because they were “one” and “in this together.” Men noted that when wives supported husband’s decisions, it was because wives knew that husbands tried to do the best for their families and husbands wouldn’t “suggest something that will harm the household.” Both men and women noted that if they each came to a different decision for a health issue that would create “problems in the marriage.”

To arrive at this decision/course of action for a health issue, men and women in both regions noted one of three decision-making pathways with their spouses. In the first pathway, the wife’s primary role was to provide her husband with information and the husband solely decided what to do, found the necessary financial or material resources (if needed), and identified relatives or friends who could offer support. For example, a Zinder Man described a conversation with his wife if faced with a case of child malnutrition.

“The decision that I will take, I will order [my wife] to bring the girl to a health center, she [the mother] will take her on her back and bring her to the health center, where they provide care to the malnourished.” Zinder Man

In the second pathway, the wife not only informed her husband about the health issue but also proposed the solution. Her husband then gave his approval and provided financial, transport, and/or emotional support identified by his wife:

“Surely, she told me that we will have to make arrangements to solve the problem of [child’s] stomachache.” Maradi Man

“… [It is] the man’s obligation is to go and get food for his family. At the moment, he has gone to the market, and he is thinking about us.” Maradi woman

In the third pathway, the wife identified the health issue and then both spouses discussed how to jointly identify a solution. Below are two examples from Maradi related to couple’s decision-making for a child illness.

“… The most recent example is that of our child’s diarrhea. Since we communicate with each other and understand each other, we acted quickly to bring the child to the health center before the illness became more complicated.” Maradi Man

“The first thing we will do is to sit down and discuss what we should do.” Maradi Man

Most participants acknowledged the wife as the primary person who identified child health issues because the children were “always at her side.”

“It is me, of course, because the child is always by my side. For example, when he comes back from the market, I can explain the health situation of the child.” Maradi Woman

While almost all men and women described one of the three pathways for decisions around personal health, child health, or malnutrition, most described the second or third pathway when it came to FP. Most said that women take a larger role in the decision to use FP because they “suffered most” from pregnancy, childbirth, and child rearing. Only a small minority suggested that it was the husband who decided whether his wife would use FP.

“This is why women usually brings up the topic of family planning with their men first, so that they can get some rest.” Maradi Man

“I’ll tell him: ‘I’m going to the health center about birth spacing. I want to rest. After the rest, we can continue to have children.’” Maradi Woman, 45 11 204

Across all three pathways, the level of involvement of the wife in the decision-making process varied by household. The husband as head of household, however, played a central role in the decision-making process by either making decisions independently (pathway one), approving their spouses’ proposed solution (pathway two), or making decisions with their spouse (pathway three). A few respondents noted, at healthcare providers at times required spousal consent before the provision of contraceptives.

Couples may discuss health decisions with others, depending on the topic

While everyone said they discussed health and healthcare with their spouses, they also involved other family members or individuals outside of the household in healthcare decision-making, depending on the topic. Many said they would talk to family members, neighbors, or close friends about common child health issues (and to some extent when asked about a hypothetical case of child malnutrition) for advice or support. Many also said they would tell their family and friends about a child illness so that they were “aware” and could learn from their own situation. For example:

“We will also sensitize others by explaining to them that keeping a child at home is useless. The fact that we do not bring him to the health centers can cause many health problems.” Zinder Man

Overwhelmingly however, when presented with a scenario of child malnutrition, many men and women expressed that they would be ashamed. These individuals would therefore only talk to parents, co-spouses, or close neighbors/friends who could offer advice and support to improve their child’s health. Some further explained that they would not want many people to know because they would be viewed as negligent or unable to care for their children.

“These are people you don’t have to inform, but now with the awareness we are doing, there may be others who don’t want us to know that their children are malnourished just so they don’t have to be asked to bring them to the health center. And now we are at a stage where people are ashamed that we know their children are malnourished because they will be seen as negligent mothers.” Maradi Woman,

Few noted, however, that food security was a growing problem in their communities contributing to persistent malnutrition.

Contraceptive use was generally only discussed between spouses compared to discussions around child illness. Few women said they may also discuss FP with a close friend and few men said they may seek advice or approval from their in-laws, especially if the in-laws were supporting the family with food, money, or childcare.

“It is a family secret… The husband is the only one to be informed.” Maradi Woman

Participants were exposed to the RISE II activities to varying degrees based on what was being implemented at the time of the interview and their own level of involvement. Most participants did not distinguish between activities but referred to the project as a whole. When asked whether they knew of specific activities, most reported that they were aware of the food assistance provided by RISE II, as well as the women’s care groups, and husbands schools. When asked whether the RISE II activities had any influence on couple communication and health decision-making, many men and women said that they spoke more frequently with their spouses about health since the project started. Some described how they (or their spouses) would come home after participating in a RISE II activity and share what they learned.

“The chance we have is that our women go to the health centers a lot with this innovation brought by the HAMZARI project and it is very easy for us to initiate a discussion on health issues.” Maradi Man

“Now we help each other and without taboo, I told you from above that I bring water to my wife, I sweep the house if I find her very busy, I look for firewood and I even often take care of the children even if she is there.” Maradi Man

“Health issues are discussed at almost every moment between my wife and me, especially when we are trained on a new topic at the husband school. The most recent example is that of a delivery that she made at home… And I was very unhappy about this [home delivery] because my friends from the husband school had asked me why.” Maradi Man

“We always consult each other since we were sensitized through the husbands’ school, and we continue ourselves to sensitize others.” Maradi Man

Most men and women said that it was common for couples to discuss FP and echoed some of the health messaging from RISE I and RISE II activities. For instance, they noted the potential health benefits of FP for mother and children. Some participants described how breastfeeding was important for a child’s nutrition and having children too quickly would “steal the milk from one child for the next.” Many also described FP as a way for women to “rest” in-between births.

They did not view the RISE II activities as having an influence on what decisions were made or women’s autonomy in decision-making. Both men and women reported the need to be calm, level-headed, and tactful when discussing health topics with their spouses. In a resource constrained environment such as Niger, external factors such as persistent drought can influence income and resources available to households. Some women underlined these constraints by describing how families must be patient in acting on health decisions as they/their spouses find the needed financial or material resources.