Which exercise burns belly fat? Here’s what the science says 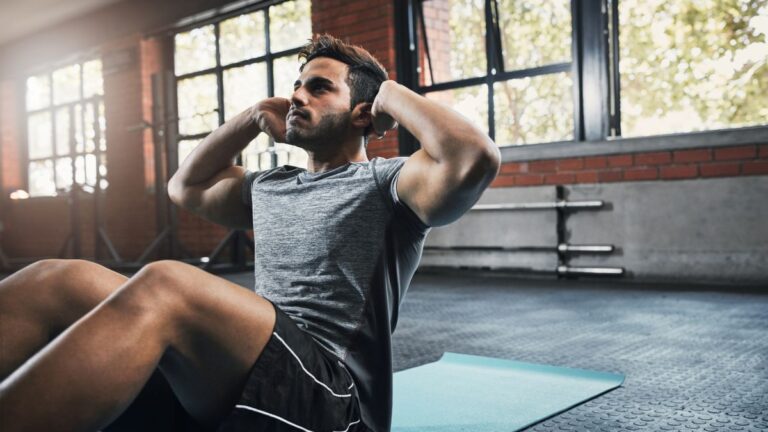 Which exercise burns belly fat? It’s easy to understand why this is a frequent fitness query, with many people citing a firmer midsection as one of their main motivators to exercise.

There are a lot of myths surrounding the subject that are in dire need of debunking. First and foremost among them: the majority of scientific studies show it is not possible to spot reduce body fat from one targeted area (such as the belly) at a time.

However, you can lower your overall body fat percentage by increasing your activity levels and lowering your calorie (opens in new tab) consumption. We spoke to a physiotherapist and biochemist to find out the most efficient way to do this – and to clear up some falsehoods about reducing belly fat.

Can you spot reduce body fat?

No specific exercise, even those focused on muscles in the stomach, can be used to target belly fat. Physiotherapist Sammy Margo points to several studies to support this.

“A 12-week study (opens in new tab) in which 104 participants who completed a training programme exercising one arm only found that some overall fat loss did occur, but not on the arm being exercised. And several studies (opens in new tab) have confirmed that spot reduction is not effective for burning fat in specific areas of the body, including the arms and stomach.”

The reason for this, and the fat loss process, is far from simple, as Margo explains.

“When you exercise, the triglycerides can come from any of the fat cells in the body, not only from the body area being exercised.”

Margo does say there are a couple of smaller studies that go against the grain, supporting spot reduction of body fat. She says that further studies into the subject are needed to draw a more definitive conclusion.

Where do you lose and gain fat first?

Where you lose or gain fat will depend on contextual factors such as your genes, gender and age, as well as your stress-levels, hormone balance, genetics and lifestyle.

For example, a 2012 study published in the National Library of Medicine (opens in new tab) found that “gluteo-femoral adipocytes of women are larger than in men”. Or, in other words, women were found to hold more fat around their hips and thighs than men.

“Obesity tends to run in families, suggesting that genes may play a role. Genes may also influence the amount of body fat you have and where in the body it is stored”.

She also says age plays a role, as “older adults tend to have more body fat”.

What do ab exercises do?

Instead, working your core muscles (opens in new tab) with abdominal exercises like sit-ups should be seen as a way to build a stronger, more functional body.

“These exercises can improve core strength, posture and balance,” Margo says. “They can reduce back pain and improve flexibility. The jury is out on whether they can reduce belly fat, and indeed fat in all areas of the body.”

If your goal is to lose belly fat, the best way to achieve this is to lower your overall body fat percentage. To do this, you must expend more calories (through exercise and everyday activities) than you consume in a day to achieve a calorie deficit (opens in new tab).

The key to losing fat long-term is finding a form of exercise you enjoy so that participation becomes habitual. The CDC (opens in new tab) suggests that “people who lose weight gradually and steadily (about one to two pounds per week) are more successful at keeping weight off”.

How to burn fat

If you want to efficiently shed body fat, you’ll need to take into account various factors such as your diet and daily activity levels (NEAT (opens in new tab)), as well as your time spent exercising.

“Non-exercise activity thermogenesis (NEAT) describes the calories burned from all of the movement you do during the day that is not exercise, and it can make a difference in your weight loss,” Margo says.  “Examples of NEAT are cooking, shopping, walking and gardening – essentially day-to-day activities.

Alongside increasing your exercise levels and NEAT, the third key component to burning fat is finding an appropriate diet. You will need to create a calorie deficit by consuming fewer calories than you burn each day but (especially for those taking part in regular exercise) it is important this deficit is not so great that it’s unsustainable.

“…Make sure to get enough sleep (usually around 7 hours, although people differ in their sleep needs). Lack of sleep is linked with obesity in general and also lower fat loss on a low calorie diet.”

Biochemist Tim Bond, a researcher from the Tea Advisory Panel, adds: “Fill up on fiber as this has a prebiotic effect (increasing production of short chain fatty acids in the large intestine which communicate with hunger hormones and help to promote satiety.)

“Also, emphasize whole grains rather than processed grains and focus on intake of fruit and vegetable and bean intake.”

Another recommendation Bond proffered was to try and reduce your stress levels, as research shows “stress increases adrenal gland hormones like cortisol which increase habit and increase central fat storage”.

How important is diet for burning fat?

A 2007 study published in the Nature Clinical Practice Endocrinology & Metabolism (opens in new tab) found that diet is a more important factor than exercise levels when losing weight, but a two-pronged approach that combines diet with increased activity levels is more effective than either method used in isolation.

“Exercise is important though. Strength training, for example, helps to preserve lean body mass (muscle) which can increase metabolic rate so you burn more calories even at rest.