Why Sylvester Stallone’s Rocky 3 Diet Was So “Dangerous” 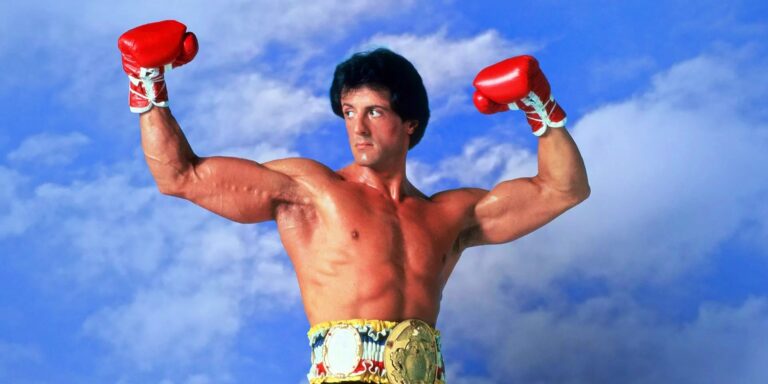 Sylvester Stallone got into ridiculously good shape for Rocky 3 but here’s why he’s since labeled the diet he used for the 1982’s sequel “dangerous.”

Sylvester Stallone got into incredible shape for Rocky 3, but here’s why he later called his diet for the sequel “very dangerous.” Like the titular boxer, Rocky itself was a major underdog story in the movie business. Before Rocky, Stallone had appeared in small roles in Woody Allen or Robert Mitchem movies and went on to bigger parts in low-budget projects like Death Race 2000. Rocky was his screenplay, but despite receiving major money offers to sell it so bigger names like Burt Reynolds could star, he insisted only he could play the lead. Rocky was thus assigned a small budget, but it went on to become a major critical and commercial success.

Rocky made Stallone’s career and set the blueprint for “underdog” sports movies like The Karate Kid – which was also helmed by Rocky’s John G. Avildsen. Stallone would later helm the second and third Rocky movies, where the success of the title character also mirrored the star’s own rise to fame. While he was obviously in very good shape during the first two Rockys, Stallone would increasingly focus on sculpting impressive physiques for himself during the ’80s. In addition to helping characters such as Rambo appear later than life, this focus on looking impressive physically is likely due to his rivalry with the equally muscle-bound Arnold Schwarzenegger during this era.

Even in his later work like 2010’s The Expendables, Stallone made his physique part of the character. The star once revealed in an Instagram post (via Men’s Health) in 2017 that to achieve his ripped look for Rocky 3 – which changed the franchise in many ways – he undertook a “very high protein” diet which consisted of small portions of oatmeal cookies made up of brown rice and around 20 cups of coffee a day. There was also some tuna fish added into the mix, but while the visual results were very impressive – as the movie itself proves – it took something of a toll on his health during production.

According to Stallone, this diet did not provide “much physical or mental energy,” and it took his body fat down to 2.9. As he admits, this is a “really dangerous level,” as anything below 5% for men can lead to cardiovascular problems and sharp dips in energy. For Stallone, it resulted in a type of brain fog and mental exhaustion, which was especially trying while filming the boxing sequences with Mr. T’s Clubber Lang. In the aforementioned Instagram post, Stallone be seen standing on his head, and this wasn’t to show off – it was so he could restore some blood to his head to help him recall the complicated fight choreography.

While he likely considered the pain of his Rocky 3 diet worth it in terms of the end result, it does sound like he was miserable through the production. By his own account, his Rocky 3 diet was a “dangerous” one and while he later undertook other intensive workout regimes, he didn’t let his body fat percentage dip that far down again.

Next: Rocky Balboa vs. Adonis Creed: Who Would Win In A Fight

It’s pronounced Paw-rick, not Pad-raig. Now that’s out of the way, a brief introduction. Padraig has been writing about film online since 2012, when a friend asked if he’d like to contribute the occasional review or feature to their site.

A part-time hobby soon blossomed into a career when he discovered he really loved writing about movies, TV and video games – he even (arguably) had a little bit of talent for it. He has written words for Den of Geek, Collider, The Irish Times and Screen Rant over the years, and can discuss anything from the MCU – where Hawkeye is clearly the best character – to the most obscure cult b-movie gem, and his hot takes often require heat resistant gloves to handle.

He’s super modern too, so his favorite movies include Jaws, Die Hard, The Thing, Ghostbusters and Batman. He can be found as i_Padds on Twitter making bad puns.