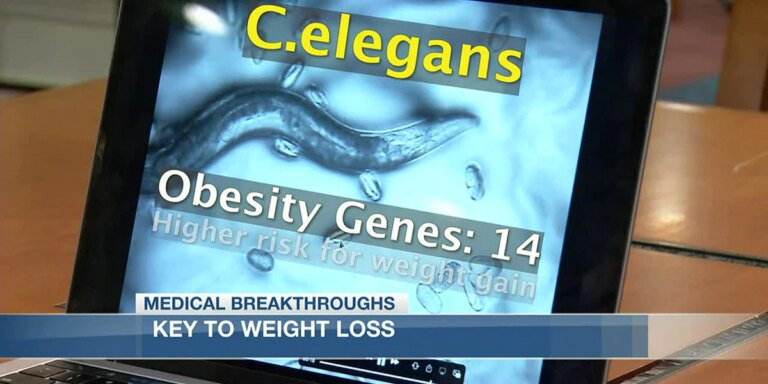 Lake Charles, LA (KPLC) – You eat healthily, you exercise, and yet, the numbers on your scale just nudge their way up.

If you’re wondering why your health habits mirror that of a friend’s but she’s skinny and you are not, researchers at the University of Virginia say genes may play a big part, and now, they’ve identified specific genes that may be making some people fat and others that help people stay thin.

With more than 41% of Americans considered to be obese, it’s becoming a critical question, when diet and exercise fail, what else can people do to get back to a healthy weight?

Dr. Eyleen O’Rourke, a professor of Genomics with UVA Health, says it’s important to make sure these kinds of drugs can be used by the general populace, “We really need to develop drugs that are safe and that can be used for the average person.”

Researchers at the University of Virginia have taken the first step by studying a tiny invertebrate. It’s a worm called C-Elegans that has a very similar genetic makeup to humans. From it, scientists have identified 14 genes that may put people at a higher risk of gaining weight.

“So, if you eat the same as your cousin, that doesn’t have that variant, you are more likely to become obese,” explains Dr. O’Rourke.

The researchers have also identified three gene variants that may do the opposite. People with these genes can eat more and maintain a healthy weight.

With these specific gene targets identified, O’Rourke says researchers can develop drugs that would activate them. Which, in turn, could accelerate weight loss.

Dr. O’Rourke says this discovery could also open the way for researchers to test drugs that are currently FDA approved for other uses to see if they impact the obesity genes.