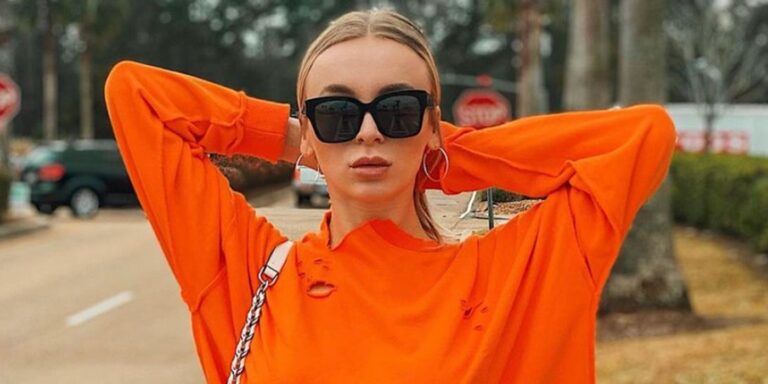 Yara Zaya has been showing off her post-baby weight loss on Instagram by wearing bikinis in cute family photos with Jovi Dufren and Mylah.

Popular 90 Day Fiancé star Yara Zaya is often questioned about how she lost weight so quickly after having a baby with Jovi Dufren. Fans met Yara on 90 Day Fiancé season 8 when she landed in America from Ukraine. The couple met on a travel app out of sheer boredom and a casual date turned into a full-blown romance. Yara and Jovi got married in Las Vegas in February 2020 and welcomed their first child named Mylah Angelina together in September 2020.

Fans who watched Yara before she got pregnant and are now watching her on Instagram with her nearly two years old daughter are confused about how she maintains her figure. Yara does keep sharing photos and videos of herself in the gym and had also posted her workout routine on her YouTube channel. But Yara does tell her followers that her rock-hard abs are the result of only going to the gym and eating healthy. Yara’s model-like figure helps her out when she has to showcase the clothes from her latest Yara Zaya Shop collection.

Besides, Yara also indulges fans with her makeup tutorials done using her Boujee By Yara products. But it’s always Yara’s beach photos that dazzle fans. Yara has been called out for using Photoshop on her body to make herself look slimmer in her pictures. Yara, who openly admits to getting plastic surgery and completely altering her face, has always defended her body which she says is all-natural.

Yara In A Pink Bikini

In December 2021, Yara flew to Miami with Jovi and baby Mylah. She used Santa emojis in her caption to suggest that’s where they spent time before Christmas. While Jovi looked smart with his aviators, Apple watch, and beach shorts outfit, Yara looked like a supermodel in her two-piece swimsuit. Yara wire pool slides with “Miami” written on them and accessorized her OOTD with huge, oversized shades and her hair tied in braids. Yara’s bright pink bikini with rhinestone embellishments was from her own Yara Zaya Shop as she directed her followers to it in her caption. “How are you even more gorgeous after having a baby?!?” asked one fan as another called Yara and Jovi “Barbie and Ken.”

Back in May 2021, fans had just found out that Yara had delivered a baby girl via 90 Day Fiancé. By then, Mylah was actually about eight or nine months old. “Mylah love the beach,” Yara wrote as the caption for photos of her and Mylah spending time by the sea. Both wore matching white hats to protect themselves from the sun and like Yara, Mylah even had her own tiny sunglasses. Reality TV star Yara again wore a pink swimsuit, this time in a neon shade. Fans wrote how one would never know that Yara had a baby a few months ago by looking at her photos. “Great genetics,” commented one TLC viewer. “What’s your tricks for weight loss after the baby? Your so tiny already,” asked someone else.

Family Time With The Dufrens

Yara was accused of photoshopping her body when she shared a new beach photo of her, Mylah, and Jovi in June. “I can’t believe that body had a baby,” wrote one of Yara’s admirers in the comments on seeing her dressed in a trendy blue two-piece bikini. But when a critic commented, “I don’t think it’s not photoshop a little,” 90 Day Fiancé celeb Yara was quick to find the message and slam them in her usual sassy style. Yara replied, “hahahaha, it’s how body looks of person who go to the gym every day,” as more fans reached out to support her. Some fans joked that Yara needs to show Jovi how to get a six pack by getting him to go to the gym with her. Interestingly, a 90 Day Fiancé fan noticed that Yara stands on her “tippy toes” in her photos but she laughed that it’s so that she can look “taller.”

Next: 90 Day Fiancé: Yara’s Most Unrecognizable Photos On Instagram